‘Round and ’round with Jacaranda 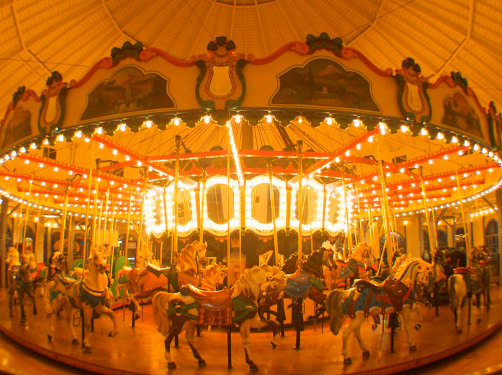 Santa Monica’s Glow, the all-night cultural experience, will include classical music with “The Rest Is Noise: A Carousel Ride Through 20th Century Music,” produced by Jacaranda, the classical music series known for rarely heard, new and modern music. 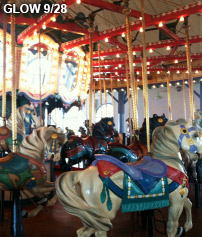 arousel riders will experience a century of music history: excerpts from 25 key works by 25 visionary composers. The twelve-second musical excerpts, each by a different composer, will regale riders as they revolve on the carousel — 100 years of music in five minutes.

The event’s name derives from music critic Alex Ross’s “The Rest is Noise: Listening to the Twentieth Century.” Ross, who writes about music for the New Yorker magazine,  is a friend and supporter of the adventurous musical series.

The carousel project is a playful precursor to Jacaranda’s tenth anniversary season, which opens Oct. 19, 2013.