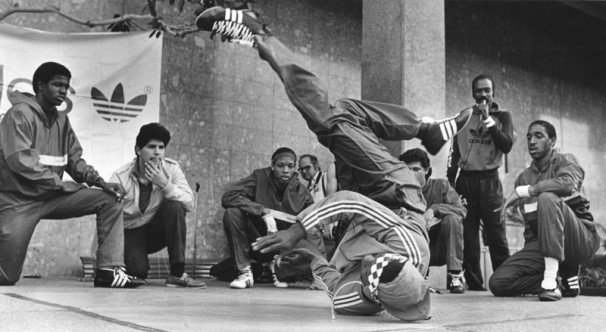 It was thirty years ago today, not that Sgt Pepper taught the band to play, but that a bunch of untrained dancers in South Central Los Angeles, utterly unimpeded by lack of dance pedagogy, or even the need to stand on their feet, brought to the West Coast, break dancing. The enduring street dance was begun in the Bronx.

This dance-historic photo from the archive of the moribund Los Angeles Herald Examiner comes courtesy of Los Angeles Public Library. Caption reads: Members of LA Breakers, a break dance troupe, show off their skills during a performance in Century City, February 7, 1984.