In an incredibly generous and appropriate act of recognition, the International Dance Festival of the Venice Biennale last week honored American modern dancer Steve Paxton with one of the art world’s greatest accolades: the Golden Lion for Lifetime Achievement in Dance.

The Biennale dance division, under the directorship of Virgilio Sieni, offered the following in praise of Paxton’s contribution to the art form:

The Golden Lion for Lifetime Achievement has been awarded to Steve Paxton for having opened the space of dance to a capillary study of movement as a constant source of origins projecting his experimentation with gravity onto the system of articulations and being the first to instinctively perceive dance as listening and the transfiguration of techniques.

The perception of the human being that emerges elevates dance to a founding value of culture and of systems of relations.

The constant exercise of gesture has shown us how man can expand his vision of the world by linking memory to the awareness of belonging to a body and “silently” opening innovative paths to unlimited experimentation in all the arts.

Upon my arrival in Venice for the second and final week of the Festival, all praise was for Paxton. His “Bound” (1982) was restaged with dancer Jurij Konjar in Paxton’s original role. Those who witnessed the performance were thunderstruck by the experience.

In the lobby of Ca’ Giustanian, the headquarters locale for the dance festival, I was able to view three video-loops containing precious capture of Steve Paxton, in 1992, brilliantly improvising to the Glenn Gould recording of Bach’s “Goldberg Variations.” The dancer’s nobility, his invention and exceptional physical genius in occupying the crannies of Bach’s score — noting with his body Gould’s quicksilver interpretation — brought a deep emotional response from this viewer: tears. 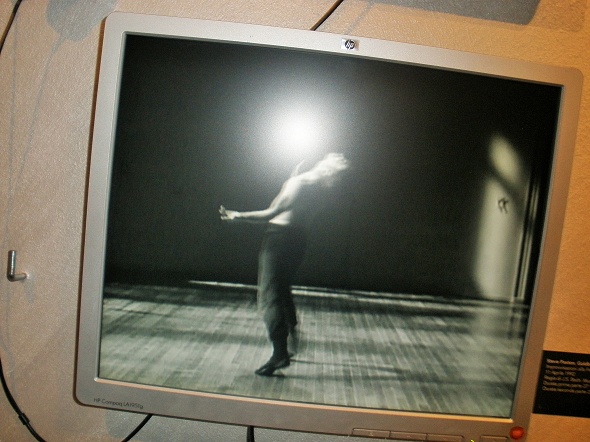