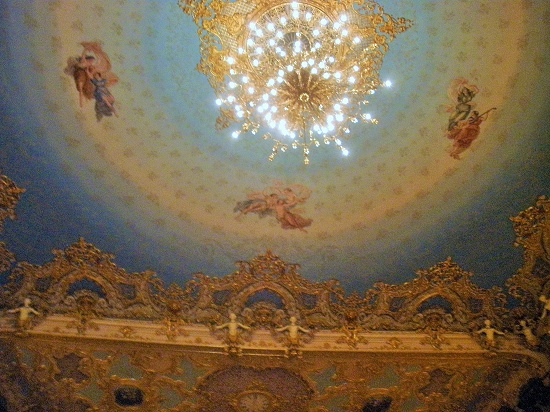 PausePlayPlayPrev|Next
So thrilling to tour Teatro La Fenice, the historic opera house that sits at the center of the Italian arts city … and then to attend a wonderful, rocking Baroque music concert by the Festival Baroque Orchestra, performing under vigorous direction by violin virtuoso, Stefano Montanari, in one of the theater’s lovely music salons.

“La Fenice,” in Italian, of course translates rather ominously to the phoenix, a mythical bird arisen from its own ashes. In this house’s case, the original theater was engulfed in flames twice since its original construction in 1790s, once in 1836, and most recently, by dumb arson, in 1996. The determined Italians rebuilt twice.

In the slideshow, a cropped portrait of La Divina, Maria Callas, who made her sensational La Fenice debut in 1947 in “Tristan and Isolde.”