Can’t make it to TCM Fest 2014 opener, screening “Oklahoma”? Got sold out? Then trundle across Hollywood Boulevard to where the real party people will be celebrating the DVD release of “I am Divine,” sub-titled, “The True Story of the Most Beautiful Woman in the World.” Docu concerns the great drag-queen actor, otherwise known as the anti-Shirley Jones. 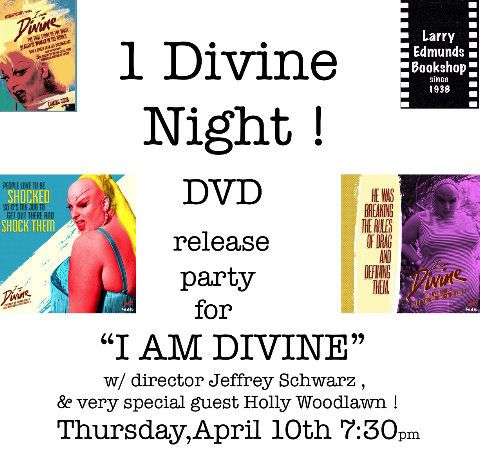 Jeff Mantor, owner/manager at Larry Edmunds, pulling no favorites amongst divas, shares that he is thrilled to host Shirley Jones’s personal visit to the book shop Sunday morning April 13, 11 – 1 pm. Then, Marian the Librarian will sign copies of “Shirley Jones – A Memoir.”

TCM Fest will be in full swing at that time. Stop by!