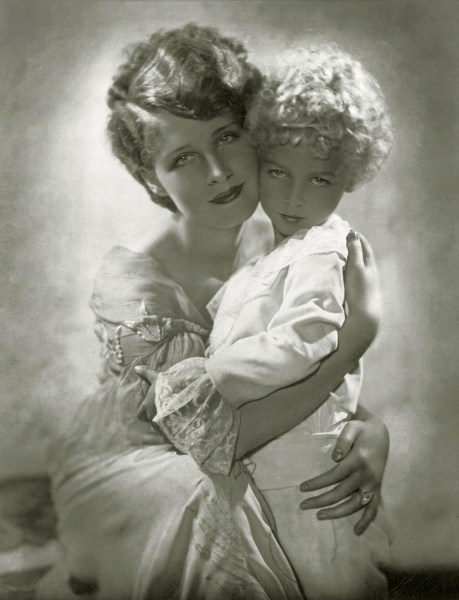 We caught up recently with Mark Vieira, author of the newly published “George Hurrell’s Hollywood,” an image-filled tribute to the film industry’s lauded glamour photographer. When asked how Hurrell got his start in high-gloss movie-star portraiture, Mark explained,

“Hurrell was an unknown commercial photographer in the artsy Westlake District of Los Angeles when he made this portrait of actress Norma Shearer and an unidentified child model. Shearer was, of course, the highest-grossing star at Metro-Goldwyn-Mayer, Hollywood’s most prestigious studio. This portrait session led Hurrell to a job at M-G-M, where he invented the Hollywood glamour portrait.

“I encountered this photograph in 1974 in the home of a Norma Shearer memorabilia collector named Myron Braum. He allowed me to copy it for my own collection and to help me study Hurrell’s technique. That study ultimately resulted in my new book from Running Press, “George Hurrell’s Hollywood.”