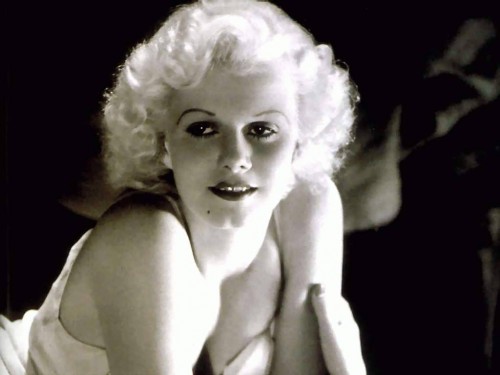 If you asked the average Joe on the street he probably wouldn’t know the name. The better-than-average fellow with a yen for trivia might conjure that she had platinum blonde hair; that there was a scandal related to one of her husbands; and that she died young because her Christian Scientist mother refused medical help for “Baby,” as her friends called her — the sort of sensationalized bio that makes lives lived large seem somehow petty and mean.

Jean Harlow made movies, but there were fewer than a handful of truly great ones. Like Theda Bara, Rudolph Valentino and Marilyn Monroe, Harlow survives in the popular imagination as a series of  glamorous studio portraits — that capture an essence that was certainly part of what she was, but only part. The character on the screen is the “blonde bombshell” of the still photos, but there’s more — funny, sensitive underneath a leather-tough exterior, and down to earth in a way that seems out of step with the seductress in the stills. 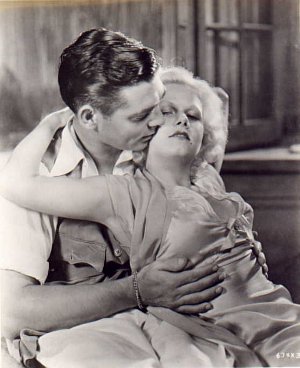 Beyond her screen image Harlow  was a living, breathing human being. And as the world — or Hollywood at least — pauses ever so briefly to acknowledge the 100th anniversary of her birth, she’s getting more than the tabloid treatment from some folks ‘out there in the dark’ who took notice of the girl on the screen and sought the person behind the iconic façade.

Two of them, Darrell Rooney, an animation director/ Harlow collector  and Mark Vieira, an historian/portrait photographer  have joined forces to  honor Harlow’s life with a dazzling new book: Harlow in Hollywood – The Blonde Bombshell in the Glamour Capital, 1928-1937 that captures Harlow’s life in pictures and words. And they’ve joined forces with the Hollywood Museum to celebrate Jean Harlow with the largest display of Harlow memorabilia ever assembled.

As it turns out, most of what most people know about Jean Harlow is wrong — or at least not entirely true — and the real Jean Harlow is so much more interesting than the legend.