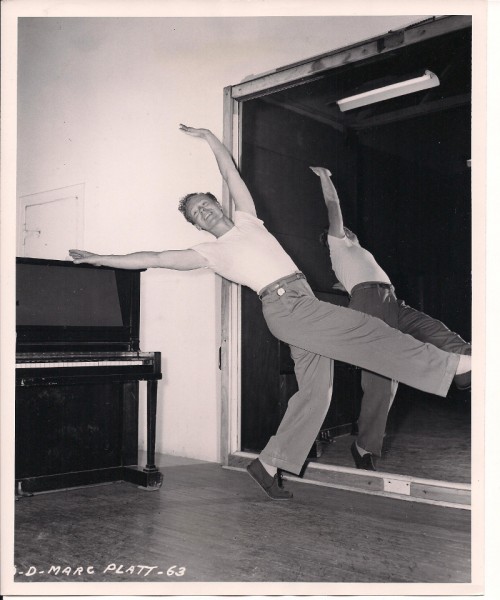 Born ‘Marcel Emile Gaston Leplat’ in Pasadena, California, on December 2, 1913, Marc Platt’s passion (and training) for classic dance started at an early age. The son of concert artists, he began studying dance with Mary Ann Welles in Seattle, at age 12, when after watching her class he declared: “I could do that.” They let him try and dance he did.

The following year he joined the Henry Duffy Players in the Northwest and later, the Seattle Repertory Playhouse. When Col. de Basil’s Ballet Russe appeared in Seattle, the by-then nearly six-feet-tall redhead went backstage and asked for an audition. He was invited to join the company. As was usual for American dancers of the time, he was Russified as ‘Marc Platoff’ for his debut with de Basil’s Ballet Russe and subsequently danced with Leonide Massine’s Ballet Russe de Monte Carlo from 1938-‘42. 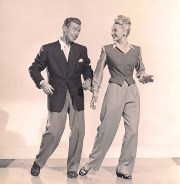 While with Massine’s company, he choreographed Ghost Town and danced in a Warner Bros. short film The Gay Parisian in 1941. He diversifed his career, appearing on Broadway in The Lady Comes Across, Beat the Band (’42), and Oklahoma! (’43) — in the latter he danced the role of “Dream Curley” in  Agnes de Mille’s “Laurey Makes Up Her Mind” dream ballet.

Platt’s exposure from a smash-hit stage show combined with his triple-threat talents and appealing looks garnered him a screen test for Paramount but he signed with Columbia to appear in Tropicana, 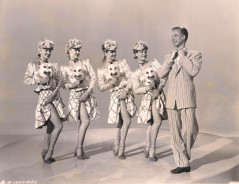 which became the Mae West starrer The Heat is On. Platt did not do the film but was instead cast opposite Rita Hayworth in two movie musicals, Tonight and Every Night (’45) and Down to Earth (’47), both memorable for Jack Cole choreography. In 1946, he co-starred in Tars and Spars; his non-dancing Columbia film roles included When a Girl’s Beautiful (’47) and The Swordsman (’48).

Dance Magazine, in November 1947, announced that Platt and Milada Mladova were heading to Rome to appear in La Viede Boheme (The Eternal Melody), which became Addio Mimi!, released in the USA by Columbia in 1950. 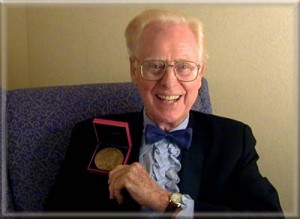 In 1949, Platt returned to the stage joining the national tour of Kiss Me Kate in the role of “Bill Calhoun.” In addition to TV appearances (“Candle For St. Jude” CBS’ “Studio One,” 1952, “The Kate Smith Show,” etc.), in 1953 he created a nightclub act with Kathryn Lee, appearing at Las Vegas’s Thunderbird Hotel. That same year, he returned to the Broadway stage in Maggie. In 1954 he returned to film dance, cast as “Daniel Pontipee” in one of M-G-M’s most memorable movie musicals, Seven Brides for Seven Brothers. Following “Seven Brides,” in 1955, came the film version of Oklahoma!.

In 1957, Platt signed as head of ABC’s dance department creating  choreography for multiple commercials. He also created, choreographed, and produced dozen of dance pieces for Radio City Music Hall, where he was Ballet Master from 1962-’70. He left RCMH to form his own company in 1970 and relocated to Cape Coral, Florida, where he directed musical revivals for Florida dinner theaters and he and wife Jean operated the Ballet Arts Dance Studio in Lee County. One of his children, Ted Le Platt, is an actor, but he is no relation to prolific film producer Marc Platt. He is seen to generous effect in Rita, a 2003 TCM documentary about Rita Hayworth and in the 2005 documentary Ballets Russes,Platt describes all that the iconic company taught him.

His incredible — and controversial — dance to the radio voice of Adolf Hitler in Down to Earth is a landmark of dance on film. From the 1989 book “Whatever Became Of?”: In 1987 Platt explained his early retirement from performing. “With a few notable exceptions, a dancer’s career is a relatively brief one. Mine was shortened considerably by what Jack Cole put me through in three pictures. He loved people sliding all over the floors on their knees, and mine were bothering me a lot when I quit.”