“The Counselor” is out of order 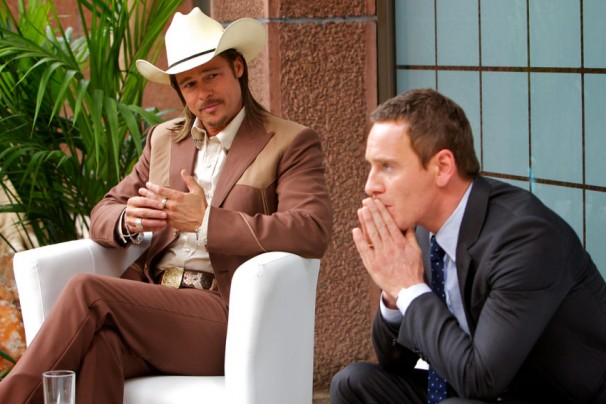 The death of Elmore Leonard in August (I wrote about his legacy here) and the arrival of the movie,“Salinger,” provided a useful contrast between two utterly opposed writing careers: J.D. Salinger, self-consciously “literary” and perfectionist; Leonard, happily disobedient to literary niceties, prolific and cool.

“The Counselor,” the first original screenplay of Cormac McCarthy — regarded by some as the nation’s greatest working novelist—presents an even better contrast to the Leonard school of writing. McCarthy’s writing drives this disastrous project’s problems.

A tale of doom, “The Counselor” depicts how a Texas criminal defense attorney (Michael Fassbender) agrees to be employed by a high-living drug cartel dude named Reiner (Javier Bardem). What Reiner doesn’t know is that his uber-stylish girlfriend Malkina (Cameron Diaz, looking spiky), who adores watching her pair of cheetahs chase and kill desert rabbits, has plotted to take down his empire. This includes the Counselor, whom everyone awkwardly addresses as “Counselor.” Fool that he is, the Counselor is amply warned of the dangers to follow but proposes to the love of his life Laura (Penelope Cruz) anyway, ensuring that she’ll be in the same trap he finds himself. Maybe worse. 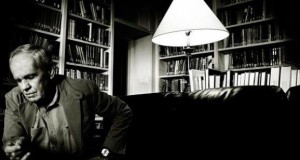 Many of these character types are regulars in Leonard’s vast universe of crime, though McCarthy pays more attention to the big-moneyed crooks than the blue-collar folks Leonard prefers. Like Leonard, McCarthy begins with characters, pinpoints their foolishness and then fans out to develop a plot. But early in McCarthy’s narrative, things get out of order. The opening scenes are literally all over the place: in the Counselor’s bed, cut to elsewhere in Texas, then Amsterdam (with Bruno Ganz as the talkiest diamond expert ever), then way out in the desert, then at some bar, different characters in every scene, scenes feeling chopped off.

The usually dominant and stolid director Ridley Scott allows McCarthy’s penchant for insanely verbose dialogue to swamp the movie. Leonard’s chatter amongst crooks is a model of economy and wit; McCarthy’s is piled high with past participles, run-on phrases, clauses tumbling into more clauses, sentences so obtuse they could only exist on the page and never be spoken. And wit? Forget it, except from cartel go-between vet Westray (Brad Pitt), who like nearly everyone here loves to gab at length.

While Leonard views the life of crime (the title of the upcoming movie adaptation of his novel, “The Switch”) as the human comedy of errors, McCarthy (“The Road,” “No Country for Old Men”) deems humanity as a collective of puppets on a pre-determined course to ignominious death. It’s why, long before he kills them with nihilistic coldness, his characters are already lifeless. The movie unravels in unconsciously absurd ways, such as a late scene in which a drug kingpin (Ruben Blades) explains at length to the Counselor why his goose is cooked. He lavishly quotes Spanish poet Antonio Machado. No drug kingpin is likely conversant on Machado’s art and life. All that’s heard in the scene is McCarthy writing.

Leonard reminds in his famed “rules” on writing, “If it sounds like writing, I rewrite it.” Nothing confirms this wisdom better than “The Counselor.”