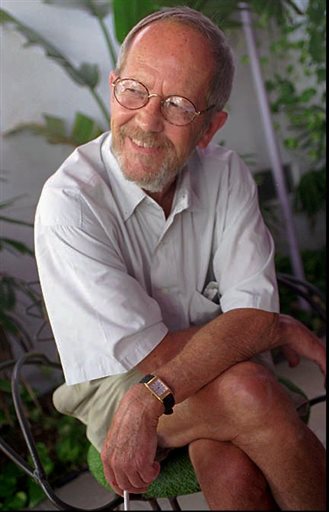 The sad news of Elmore “Dutch” Leonard’s death this morning has prompted too many news headlines linking him almost equally with his novels and the movies adapted from them—despite the fact that he openly, caustically and hilarious demoted most of the adaptations. Leonard happens to have had several of his books translated to the big and small screen (especially in the latter with the FX series, “Justified,” based on his story, “Fire in the Hole,” found in his delicious short story collection, “When the Women Come Out to Dance,” and one of the few adaptations he supported).

But the headlines that today label him “master of the crime novel” miss in two ways: First, Leonard, understandably dubbed by Michiganders as “The Dickens of Detroit,” was geographically and artistically wider—he was our Twain after Twain. Second, Leonard wrote about more than crime; for the first decade-plus of his career, he wrote westerns. (My next reading was going to be his first novel, “The Bounty Hunters.”) Books like “Last Stand at Saber River,” “The Law at Randado,” “Hombre” and a bushel full of stories like “3:10 to Yuma.” 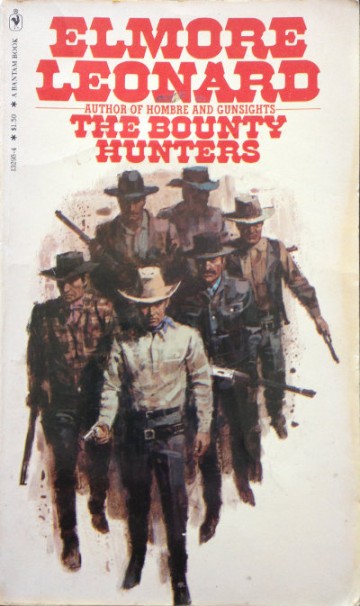 Leonard wrote about a kind of true west, fictions grounded mostly in a late 19th-century Arizona riven by conflicts between cowboys and farmers, town and country, white men and Apaches. As he always did, Leonard imagined stories based in the real world, driven by the real way people talk. People tend to talk less in his westerns than his work set in Detroit, Miami or Los Angeles (his three favorite modern American settings), and they’re not necessarily as funny, but that was probably because Leonard was continually refining his voice and, besides, depicting Apaches vs. the white man in the eastern Arizona desert tends not to yield much comic material.

As if rounding the circle, before his stroke on August 6, he happened to have been writing about the desert again: His unfinished novel is set in and around Palm Springs.

The irony of Leonard’s general disgust with how Hollywood botched most of his books is that one of Hollywood’s first stabs, the 1957 Delmer Daves-directed “3:10 to Yuma,” is—Leonard happily acknowledged this—an excellent page-to-screen adaptation. Daves’ version, unlike James Mangold’s 2007 version, doesn’t make up new (and ludicrous) plot points, and flows elegantly out of the great western noir form invented by the great Anthony Mann-James Stewart westerns of the early 50s. (Nobody, so far as I can find, ever asked Leonard if he was influenced by such Mann-Stewart masterpieces as “Winchester ‘73” or “The Man from Laramie,” but it’s easy to guess that he was.) It’s also easy to guess that Leonard may have figured that since he had been a published writer for only four years and had had such a solid experience witnessing his work transferred to cinema, that it would always be like this. He would learn otherwise.

The Criterion Collection’s new DVD/Blu-ray release of the 1957 “3:10 to Yuma” pushes it into a Western Pantheon, and on the day of the death of our modern Twain, it’s hard to think of a better way to remember “Dutch” than this clip from the disc’s extras.