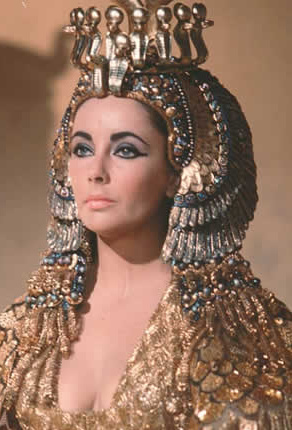 We chatted with Heidi Duckler, in the final creative phase for her upcoming dance work, “Cleopatra CEO,” which opens this Friday night on the 51st floor of Paul Hastings Tower in downtown Los Angeles, and runs for three subsequent weekends.

The architecture-savvy choreographer, celebrating 30 years as a local dance maker, was last seen running Los Angeles from the chambers of City Hall in “Governing Bodies” (2010). 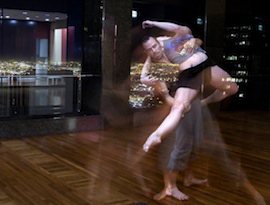 She’s now moving onward, or rather, upward, to the executive office suite of the former Atlantic Richfield Corporation, located atop the black-box high-rise building previously known as ARCO Towers.

Few Angelenos will have ventured where the pied piper Duckler will lead them. It’s a chance to see how the 1% worked — by visiting the penthouse digs where a cluster of corporate men powered through their days. ARCO-brand black gold, sucked by derricks that once dotted the L.A. landscape, still primes the California economy — only now the profits siphon to British Petroleum which bought the L.A. corporation in 2000.

“We are [dancing] where the oil men operated. It is untouched, with a fireplace, and a big bathroom with a 360 degree view from 51 floors up. And a heliport,” Duckler notes with a slight tinge of awe.

“[The venue] represents an excess of money and power. And overarching ambition.

“It is about the nature of ambition — how ambition causes us to succeed and it can also be the cause of our downfall. Because ambition has positive and negative attributes. 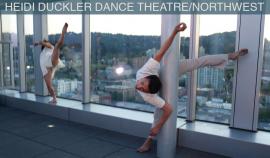 Implicit in the dance work is an exploration of money, power, and gender. Duckler reaches back into early human history for a means by which she can explore her subject.

“I was inspired by the Stacy Schiff’s book [Cleopatra: A Life],” Duckler says. “There’s all this mythology about Cleopatra – the notion that world affairs were driven by the whim of a woman who was a sex kitten, and manipulative.

“But Cleopatra was 18 she was with Caesar. He was 52. It raises the question of who seduced whom. Cleopatra was multilingual, intelligent and the richest woman in the world,” asserts Duckler, in flat-out admiration for the Queen of the Nile.

“It’s a multimedia piece, so the themes are revealed through music and the physicality of the choreography. I use dancers that are individuals. My dancers are physically aggressive. They are trained, but a bit rough and tumble. I like dancers who are strongly connected to the real world.

“The man who plays Octavian comes from martial arts. Caesar is a break dancer and Cleopatra has a background in Cirque du Soleil,” Duckler says, clearly getting a kick out of all of it.

“We reenact episodes, for example, the battle of Acton, and the marriage of Cleopatra and Antony,” she says with zeal, a proud impresario.

At this bold promise, she laughs lightly, perhaps at her own ambition, and says, “What can I tell you?”