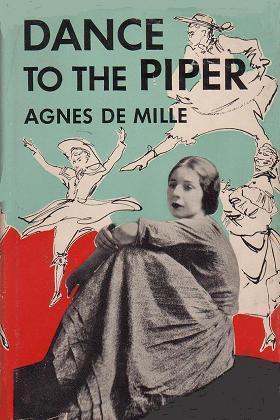 Agnes deMille was struggling in London to make ends meet when Cecil hired her for six weeks at $250 a week to create the dances for Cleopatra. It ended badly, but then it was always going to; both Agnes and Cecil were authoritarians in their work, unable and unwilling to cede primacy to anybody else.

… Cecil’s concept of a dance whose centerpiece was a live bull with a writhing, nearly naked woman on top was amusingly over-the-top, a clear successor to the lesbian dance in The Sign of the Cross, as well as rather dicey material to try to slip by the new Production Code. This wild series of overheated tableaux indicates the extent of the misalliance between Cecil and Agnes. Nevertheless, she needed the job, so she tried to give her uncle what he wanted.

At first all was rapture. Agnes stayed at the house at Laughlin Park and her uncle called her “Baby.” Agnes wrote her sister a few days after she arrived:

Uncle Ce keeps a killing schedule. Up at 6:30 am he has breakfast at 7 with Aunt Con in her beautiful east bedroom, the sun pouring through the climbing roses … he drives through the Paramount gate at 8:10 … 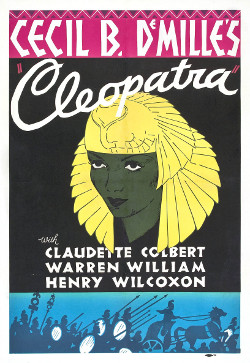 lunches at 12:30 in the commissary … his table is in the center and on a raised platform and all his staff sits with him.

Back on the set at 1:30 … He does everything (sets every camera angle … His cameraman, although the best, take instructions from him.) He breaks at 7:00. Rushes … office conferences, and business decision until 10:30. Home alone at 11:00 p.m. – dinner – (kept hot by Aunt Con in double boilers) … conversation with her until 1 a.m. … He personally locks up the whole house, speaks to the night watchman [and then reads the Bible in bed.] He never smokes, and he takes only a little wine … He is on his feet all day … a general in full battle … [He has] the unflagging zeal, the undivided strength of the prophet, the fanatic, or, alternately, the absolute monarch.

… For Agnes’s audition, she devised a more anesthetized version of what DeMille wanted to a Rachmaninoff and Rimsky-Korsakov medley. When Agnes was finished, Cecil frowned and shook his head. “Oh no no no … I am so disappointed … it has no excitement, no thrill, no suspense, no sex.”

DeMille turned to the censor, there  to make sure that the dance fell within the strictures of the Production Code.”

“Would that rouse you?” asked Cecil.
“It sure wouldn’t,” the censor replied.
“It wouldn’t rouse me,” said Cecil, “nor any man.”

Agnes was off the picture. The next day she left the DeMille house.

Above text selected from Empire of Dreams: The Epic Life of Cecil B. DeMille, courtesy of the author. Maurice Seymour photos, courtesy of agnesdemilledances.com