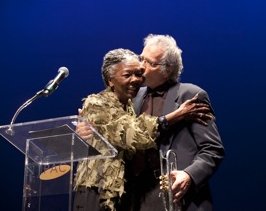 The award was presented to Alpert at the Newark Performing Arts Center in Newark, New Jersey, during a WBGO jazz-radio gala. Singer Dee Dee Bridgewater acted as master of ceremonies.

The Satchmo award recognizes Alpert”s contributions to the field not only as a stellar producer and performer of ear-licious music, but for his entire range of arts activities: 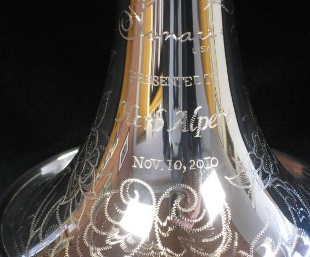 Accompanying the award was a Sonaré 801 trumpet hand crafted by E.K. Blessing at its Elkhart, Indiana workshop.

“The American workers at Blessing put a lot of loving care into this special trumpet for Herb Alpert.”

Alpert called it, “beautifully engraved and a great instrument.”