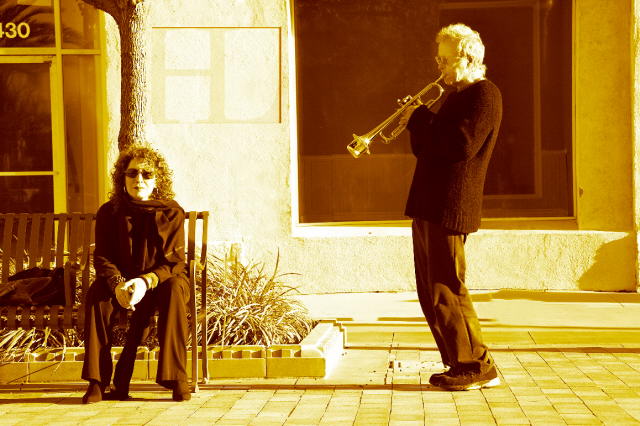 Bringing his cool and laid-back vibration to Disney Hall’s golden circle of sound Friday night was Herb Alpert — leading a five-piece combo in a freewheeling but tightly professional rendering of the American songbook.

Herb and Lani’s clear love connection was only one of the evening’s soothing elements. Together they sang, arm-in-arm; from our seats behind the stage we could see Lani tap rhythms on her husband’s back. At one point, praising the mellow-voiced chanteuse, Alpert said, “That’s my bride.”

Alpert blows his horn with a trademark super-light touch. His swing is solid and he sputters in tasty percussive fillips. Hall, granting him space, chimes in as his equal with swinging vocals, excelling particularly in the Portuguese patois that marked her samba and bossa nova days as Sergio Mendes’s lead singer. 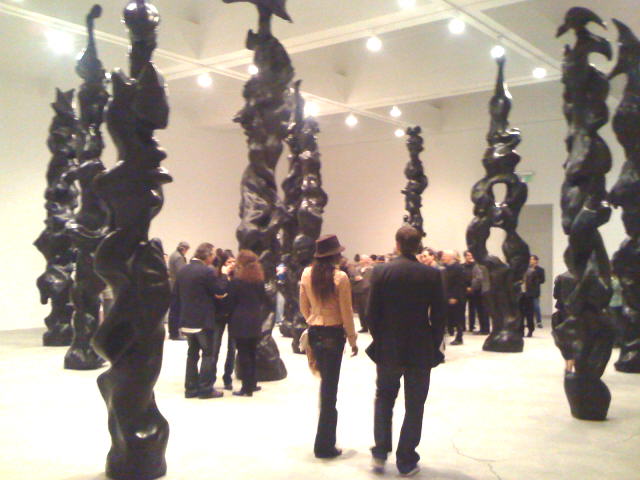 The sound-intensive House-that-Gehry-Built allowed Alpert to play sans microphone and also to sweetly chit chat with his fans as they called from their seats. Mocking protest when audience members requested Tijuana Brass hits, he went on to play a medley of them: Lonely Bull, Taste of Honey, Tijuana Taxi, Whipped Cream, Spanish Flea. All old friends! He proudly proclaimed the most important fact of the evening: he is a graduate-alum of Fairfax High School.

Not one week later, we attended the gallery opening of Herb’s astonishing totem-pole sculptures. On display at Ace Gallery on Wilshire Boulevard in Beverly Hills.

arts•meme previously wrote about Herb and Lani’s magnificent philanthropic giving and in the Jewish Journal of  Los Angeles concerning one of the Alperts’ arts-education grant recipients, a teenage ballerina.