Jane Withers charms CINECON in “This is the Life” 2 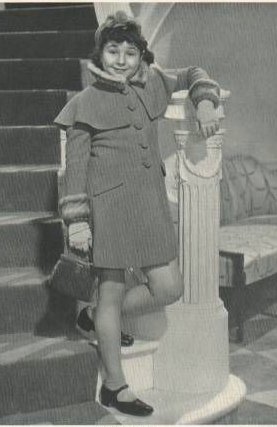 She wasn’t as pretty as her compatriot at 20th Century Fox, Shirley Temple. Both girls had high energy and talent to burn. But child star Jane Withers had something extra: disarming credibility.

Appearing in person at a screening of her surprisingly moving film, “This is the Life” (Fox, 1935, dir: Marshall Neilan), Withers approached the microphone at Cinecon, the connoisseur’s festival of rarely screened films, with a characteristic bubbly, “Howdy, everybody!”

There’s not a shy bone in the 84-year-old former child star’s body. She gabbed in delight: “I’ve been coming to the Egyptian Theater since it opened. I used to go to the movies in 1932-33 with the kids I did extra work with. They sat us up in the balcony because the audience would cause a ruckus if they saw me.”

“I have a pretty heavy schedule at 84. And I’m the luckiest lady. I have had more fun. Not everyone started working at age 3.” 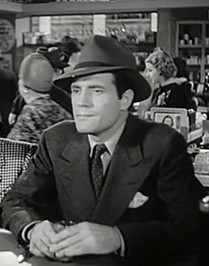 “This is the Life,” is an oddly affecting backstage drama about a child actress. Withers plays Geraldine Rivier, a bundle of talent whose stage career her foster parents milk for profit. In the heartbreaking opening scene, little Gerry gazes forlornly at normal kids frolicking outside her hotel window. Her abusive foster mom forces her to practice her tap-dance routine. With minimal action, Withers conveys the tedium and dull repetitions of her existance. Gerry soon runs away from home, glomming onto a vagabond, Michael, a Depression-era archetype played with great cinematic fluidity by an extremely handsome actor, Johnny McGuire.

Johnny McGuire — whoever even heard of him? A Hollywood star lost in the shuffle — a CINECON find.

“This is the Life” tantalizes for several reasons. The film provides a fascinating anthropological tour through an American cultural and physical landscape that exists no longer. When Withers and Michael head out to California, they stow away in a railroad freight car. Seized by second thoughts about taking on his young charge, he abandons Withers while she sleeps. Discovering that he’s left, she races after him, accusing him in fervent, direct confrontation:

Michael: “This isn’t the sort of life for you.”
Geraldine: “Oh yes it is, and I’m going with you. That was a dirty trick running out on me!”

The scene packs maximum emotion. When Michael later sacrifices his freedom on her behalf, and the police cart him away, she turns to her keeper and bursting into tears, laments, “You don’t understand. I love him.”

The tender attachment of an 8-year-old girl to a grown man — wouldn’t get started today.

What a triumph for Jane Withers to witness a theater full of wizened cinephiles hanging on her skilled performance of 75 years ago.