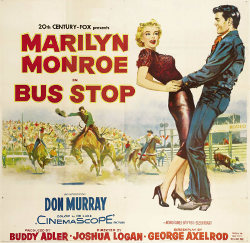 We passed the Labor Day weekend inhaling the Egyptian Theater’s popcorn-soaked oxygen during  the 46th annual CINECON — a festival of the weird, the wonderful, and the rarely viewed.

Cinecon is a connoisseur’s festival; and the key word is rare — movies that for whatever reason haven’t been screened in decades. Many get unearthed from vaults, stored after their initial commercial releases in the ’20s, ’30s and ’40s. Cinephiles travel from across the country to enjoy 35mm  prints of extraordinarily pristine condition projected on the Egyptian’s broad, tall screen.

A highlight of the five-day vintage flick-fest was a wonderful guest appearance by all-American dramatic actor Don Murray following FROM HELL TO TEXAS (dir: Henry Hathaway, 1958). The psychological western was filmed in CinemaScope in the beautiful rugged landscapes of Death Valley and Lone Pine, California. It was the second cowboy role for Murray, a self-proclaimed Long Island suburban kid. 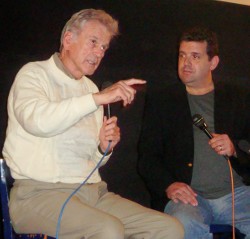 “When you worked with Marilyn Monroe,” recalled Murray, “there was press around all the time. And everyone was so up tight. Like: ‘Is she gonna know her lines? Is she gonna show up on time?'”

“And she didn’t know her lines, and she didn’t come on time. But there was kinetic energy [during the shoot] from all of this.”

“We were all theater people and we knew our lines. She couldn’t put three sentences together. She did her scenes over and over, like, up to twenty takes. You had to be at your best, because, whenever she did it right, they might use that take. It was all start, stop, start, stop. We thought the 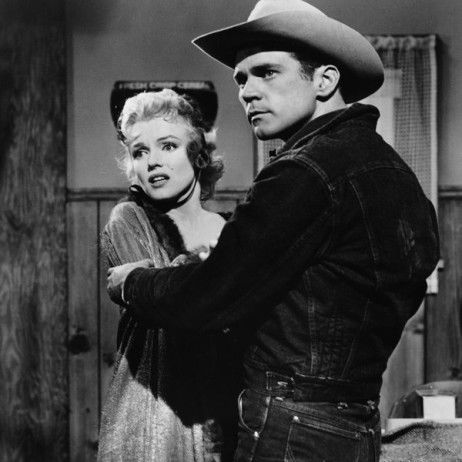 film was a disaster, but the big impression came at a preview  — it was thanks to [director] Josh Logan and [writer] George Axelrod how good the film was.”

“Marilyn was experienced by then, she had done about 20 films. But she was missing her marks all the time. You know, there are marks — places to stand where the lighting, sound, camera angle are all correct. So the director [Logan] told me, every time [she wanders], put your hands on her hips and move her back into her marks. I was doing this the whole film!”

You can see Murray grasp Monroe in the photos. It’s a tough job but someone had to do it.