As we enter movie theaters in anticipation of the fun and joy director Rob Marshall and his choreography partner, John DeLuca, have in store for Mary Poppins Returns, let’s step in time … back to 1964. That’s when choreographers Marc Breaux and Dee Dee Wood, a married couple, created their sensational chimney-sweep dance for Disney’s original Mary Poppins (1964). Here’s the number in entirety:

Brief snippets of Breaux and Wood’s bios — just to get you going — are reprinted from the late Larry Billman‘s invaluable compendium, Film Choreographers and Dance Directors, a tome that rarely leaves our side. Thank you Larry. 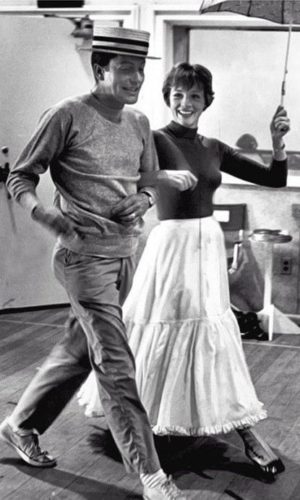 Marc (Charles) Breaux
1924 – 2013
b. Carenco, Louisiana
Multi talented dancemaker who, with his wife, Dee Dee Wood, created some of the most memorable dance sequences on film in the 1960s. As a youth he moved to New York with thoughts to become a chemist, but instead followed his interests in dance and theater. He studied modern dance with Doris Humphrey and Charles Weidman, ballet with Helene Platova and Elizabeth Anderson-Ivantzova and received dramatic training at the Neighborhood Playhouse.

Dee Dee Wood
b. Boston, 1925
With her husband, Marc Breaux, this dancer, choreographer and director gave the movie musical some of its most memorable numbers. After training at the School of American Ballet, she became a member of Katherine Dunham’s Experimental Dance Group.She began dancing on Broadway and first worked with Michael Kidd in Guys and Dolls in 1950, eventually becoming his assistant. Other Broadway appearances including Can Can (’53) and Li’l Abner (’56) — in which she assisted Kidd, appeared on the cover of Life Magazine and met her future (now ex-) husband, Breaux. 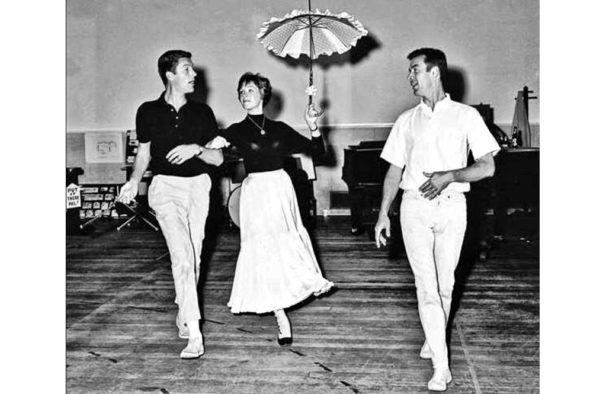