Karen Carpenter would approve. She would be thrilled to learn that the noble performing arts center named in her honor will be presenting a concert by The Little Sparrow.

Well, almost! The Sparrow once removed. “Piaf! The Show,” a delicious way to pass a Sunday afternoon, popped out at me when I studied the season at the wonderful and warm Richard & Karen Carpenter Performing Arts Center in Long Beach. It’s a much acclaimed tribute concert for the tiny woman whose  way of trilling her ‘r’s left a trail of sound as heady as a cloud of French perfume. 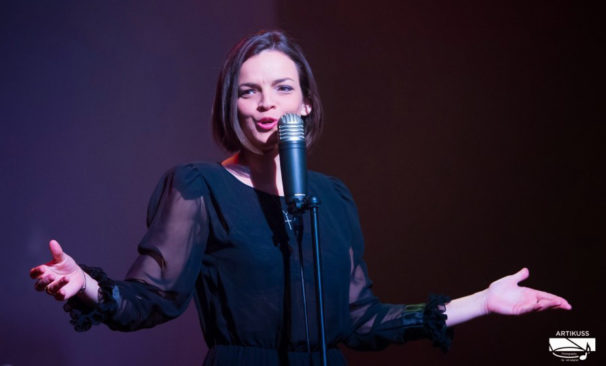 Since I’m giving such advanced notice (the concert is in March), it strikes me that a pair of tickets to “Piaf! The Show” would make such a nice Valentine’s Day gift. 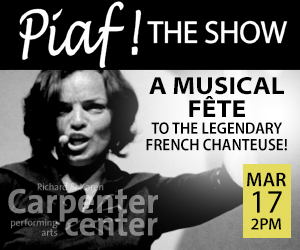 Anne Carrère, who channels the French chanteuse, has been called a “legitimate musical heiress” to Piaf with a “soaring voice” by The Guardian.

The show narrates the story of the Parisian singer’s career through her songs, complemented by a visual tapestry of previously unreleased photographs and images of Edith Piaf’s Paris.

I enjoy my visits to the Carpenter Center, often combining them with a nice dinner in downtown Long Beach. So go!