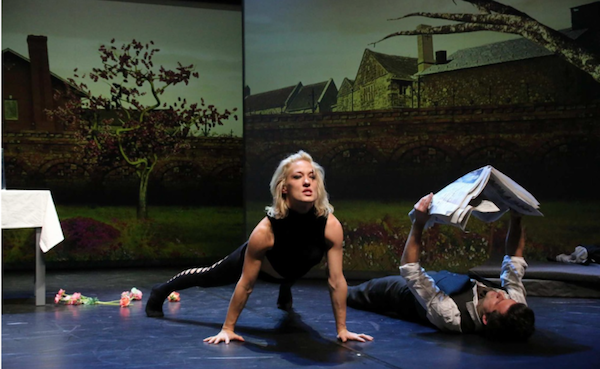 Alcoholism, horror and haunting — a day in the life under the Trump administration, right? No such thing! Now you can be traumatized by Trump by day and then, again, at the opera, in the evening.

Seriously, Long Beach Opera‘s upcoming production based on Edgar Allan Poe’s The Black Cat — in conjunction with Musica Angelica Baroque Orchestra — sounds so intriguing. It’s being presented as a “multi-disciplinary, cinematic re-telling” of the Poe story in an “avant-garde, arresting, movement-infused version.”

It appears to be a boutique production: a single tenor sings Baroque cantata arias while two dancers parry before projections across three screens. So, dance, opera and film. It’s a European import so it must be good! Musica Angelica Baroque Orchestra’s Martin Hasselböck, a friend of arts·meme, conducts. The music is a uniquely haunting mix of J.S. Bach and, during the many flashbacks, English art-rock composer David Sylvian.