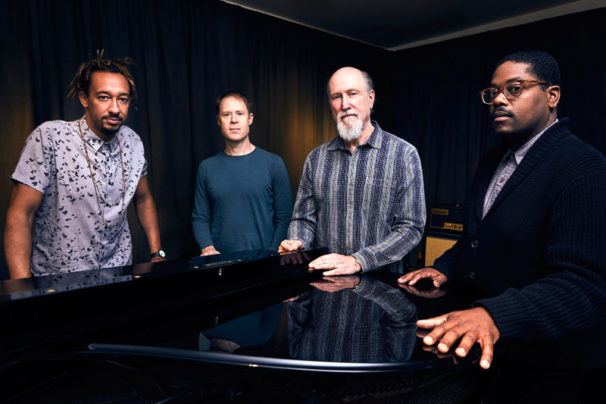 John Scofield, the creative, distinctive and versatile guitarist and composer first burst on the scene playing with greats like Charles Mingus, Miles Davis, Herbie Hancock and Billy Cobham in the late ’70s . Possessed of a distinctive sound and stylistic diversity, Scofield is a masterful improviser whose music falls between post-bop, funk edged Jazz, and R&B.

A triple Grammy award winning artist with 40 plus recordings to his credit, Scofield was named an Officier dans L’Ordre des Arts and Lettres by France.

Scofield will soon gig at the cozy and charming Theater Raymond Kabbaz, where the biggest challenge is parking, and the rest is pleasure. The guitarist teams with pianist Gerald Clayton, bassist Vicente Archer, and drummer Bill Stewart in Combo 66, a new band that builds upon Scofield’s long legacy of improvisation and stylistic diversity.