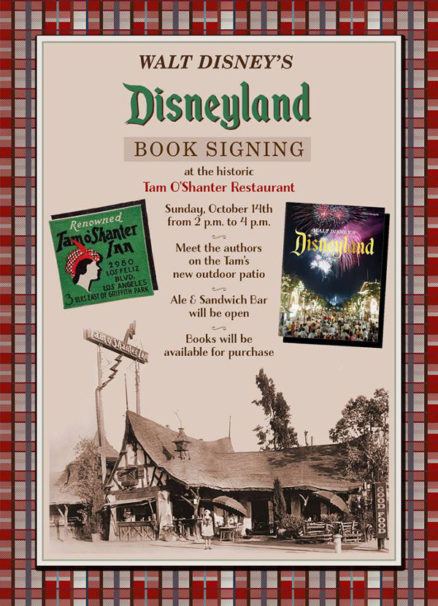 The biggest little kid we know has a new Taschen book (means loads of photos) which reminds us it’s a small world after all. Architectural historian and and Los Angeles Conservancy Modern Committee Founding Member Chris Nichols’ Walt Disney’s Disneyland tells the tale of the transformation of a southern California orange grove into the mother of all theme parks. 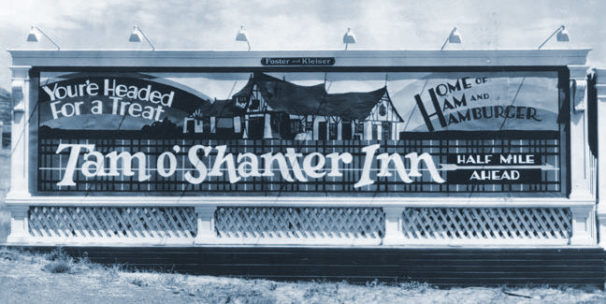 Several years in the research and writing, “WD’sD” will get a festive book signing next Sunday at a Disney-esque theme restaurant, the Tam O’Shanter, since 1922 on Los Feliz Boulevard in Glendale. Rumored to have been built by Walt Disney (not true), the Tam, instead, was the virtual commissary for the studio because Walt, brother Roy, and other imagineers ate there so often. It’s all good, it’s all fun, and fantasy, and we’re going. Plus we like the roast beef sandwiches.