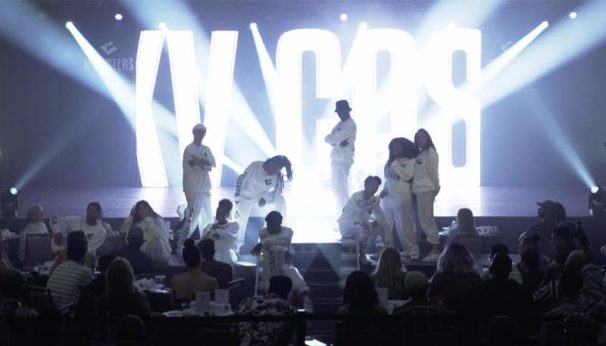 It’s hardly a new way of moving; it’s been around for, what, thirty years? But what’s new about hip-hop is that it has become a teachable, replicable, and codified dance technique. And it holds an electric grip, especially, on young aspiring commercial dancers for whom it is the fresh, evolving, go-to dance language. I enjoy it — it is so much fun to watch, so physically fearless and original, and so high energy. In the hands of the right dancers and dance makers, it is surprisingly expressive.

The way dancers do it and the way choreographers plumb its possibilities is wide ranging. Nothing can touch the high skill and deep creativity of “Madness and Mayhem,” the 2014 show case the annual ‘Monsters’ convention staged a warehouse in downtown Los Angeles, produced and choreographed by Tabitha and Napoleon D’umo.) Last weekend in a Burbank airport hotel ballroom, the fifteen-year-running ‘Monsters’ traveling teaching platform culminated in a boisterous, full-tilt showcase of young dancers on display for prospective agents and managers. It’s a big friendly hip-hop talent market. 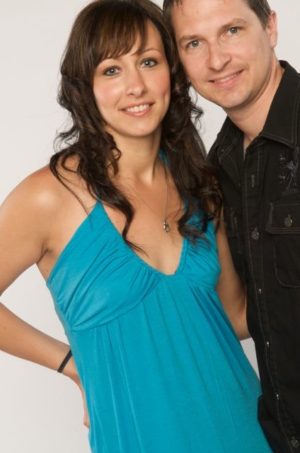 ‘Monsters’ founder/producers Andy and Becky Funk explained the history of the convention in a video at the show’s outset. “For years, dance schools offered the standard ballet/tap/jazz classes. Hip-Hop was not included. ‘Monsters’ has been a big part of making that happen.”

As in the 2014 show, tip-top pre-professional kids, collected on a national basis, performed an unspeakably massive volume of dance material — how do they remember it all?

Although the tone touches aggression, anger, sexiness, other edgy emotions and imagery, there was a wholesome, hardworking quality to the performance that impressed.

For this viewer, the form is at its best when choreographers use it in true physical conversation, with clusters and groups intermingling with their bodies — spewing kicks and frissons at each other, hitting-out with nail-that-beat popping, walking-kooky on rubber legs, squiggling like the proverbial spineless jellyfish. All this disturbing physical dislocation reflected in fierce facial expressions. 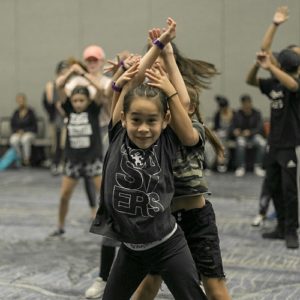 It’s just fantastic to watch this. And the audience is activated. It’s permissible to shout out. It’s permissible to pop out of your chair, wiggle around and shake a few fingers at the stage — an action that when your mother did it at you meant “you are naughty,” but now, when the stage mothers do it, it means, “you are a bad-assed dancer, you just slayed!”

‘Monsters’ seems to be good for  young women although it certainly squelches their softer nature. It’s surely good for young men, because if they weren’t dancing, god knows what they would be doing. It’s good for kids (a precious junior troupe of Monster Kids hit the stage dressed in their tiny sneakers, loose white tee shirts and one in an “Our Gang” single-strapped overall). A group of Monsters alumni, some as ancient as in their 30s, performed as well, bringing a wonderful weight to the technique.