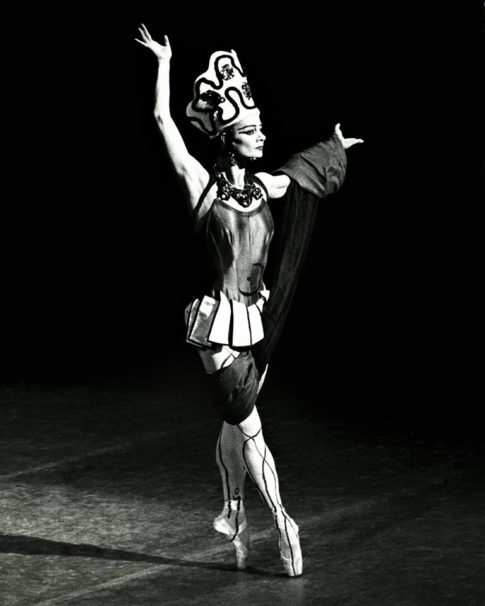 If you love ballet … as I do … then it is with choking sadness (it is unbearably sad) to learn that we have lost the magisterial Balanchine ballerina Karin von Aroldingen who passed away at age 77 on January 5, 2018.

She should not die. She was so utterly in control, at the same time so passionate, so sensual, so vibrant, alive, and present a dancer. You did not breathe watching her dance. She made your skin crawl — in a good way. See her facial expression, in Steven Caras’s photo above, as she dances the role of The Siren in Balanchine’s great masterpiece from 1929, The Prodigal Son.

The East German-born Von Aroldingen was so much more than a principal dancer of New York City Ballet. She was a constant companion and great friend to Mr. Balanchine, and she saw the City Ballet founder and choreographer through his final years, an act of love that must have taken a great toll on her. She was Mr. Balanchine’s beneficiary in more ways than one.

“Balanchine created innumerable roles for her, notably those in “Who Cares?,” “Stravinsky Violin Concerto,” “Cortège hongrois,” “Variations pour une porte et un soupir,” “Union Jack,” “Vienna Waltzes,” “Robert Schumann’s ‘Davidsbündlertänze,’” while Jerome Robbins created a role for her in “The Goldberg Variations.” She served as a ballet master to New York City Ballet until some fifteen months ago: she was loved by the many leading dancers whom she in turn loved coaching.”

The death of this great dancer who played a transitional role out of the Balanchine era has special poignancy as the company again transitions to a new, yet-unknown phase. Memories abound of von Aroldingen partnered by Jean-Pierre Bonnefoux, Bart Cook, Sean Lavery, and others. Her spiritual-yet-earthy presence in Balanchine’s “Serenade” captured below by dance photographer Steven Caras, himself a former NYCB dancer.

I made my acquaintance with Balanchine & NYCB starting in 1977, so those late 70s/early 80s years of the company’s performances were life-changing for me. Von Aroldingen’s performances remain iconic for me in many roles. The wealth of important, enduring Balanchine roles she created is astonishing, and she also put an indelible stamp (for me) on Prodigal Son, Serenade, Emeralds (the “walking duet”), Titania in MSND, and many more.
I remember how thrilled I was when I got to interview her for a Ballet News feature article shortly before she retired from the stage, in 1984.

Over the years, I spotted her in the NY State Theater lobby, and always was happy to see she was there to keep an eye on the Balanchine repertory. It’s wonderful that several decades’ worth of NYCB dancers had her presence and coaching to guide them, and that she recorded several of the archival preservation videos for the Balanchine Trust. Very sad that now it has all ended.

One hopes that the Tchaikovsky “Serenade for Strings” accompanied her departure from this world. 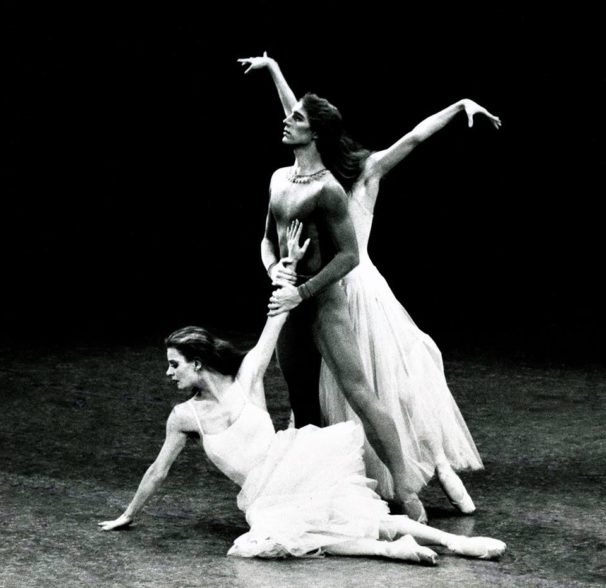