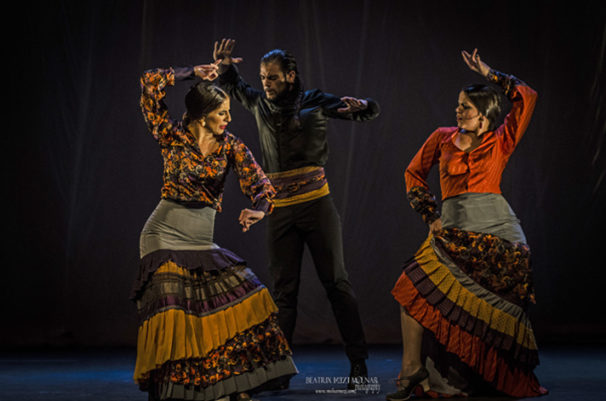 A great flamenco show is an eyeful. But it’s also about sound—live music, thrilling singers, spontaneous shouts and claps, and scintillating footwork called zapateado. Making that zapateado clatter with further fury at the upcoming performance by Jesús Carmona will be the John Anson Ford Amphitheatre’s new floor.

“We wanted a floor that would resonate for flamenco,” Olga Garay-English, the Ford’s Interim Executive Director told arts·meme recently. “So we commissioned one.”

The floor was created by Pacific Coast Entertainment. That, along with a new sound system and lighting, means this year’s flamenco celebration starring Carmona, a celebrated Spanish flamenco artist, will be a sensory feast.

[The Ford also has a new floor for non-flamenco dance, designed by a former dancer.] 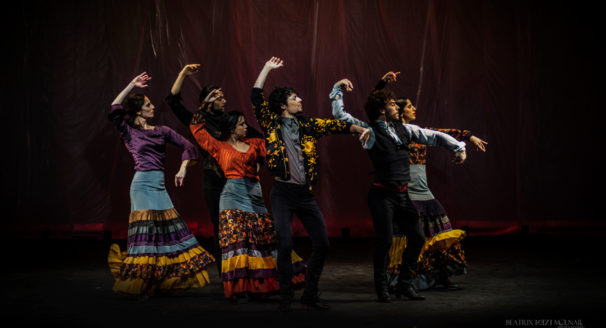 Carmona is a rising star in Spain. He and his company of 11 dancers and musicians will perform the West Coast premiere of his evening-length “Impetus” at Ford on Friday, September 8. Carmona wowed audiences at Santa Barbara’s Flamenco Festival in 2013, but this is his first performance in Los Angeles.

The performance is produced by Miguel Marin who presents flamenco festivals the world over – London, Paris, New York, Tokyo – yes, Japan is big on flamenco. “Miguel is probably the premiere flamenco producer in the world,” says Garay-English who has known him for years. “I asked him for the best flamenco company he has. I was interested in a new name, versus the people who have already been canonized.”

The LA flamenco crowd is relatively sophisticated, says Garay-English, “so I wanted to bring in new blood.” Carmona fit the bill. 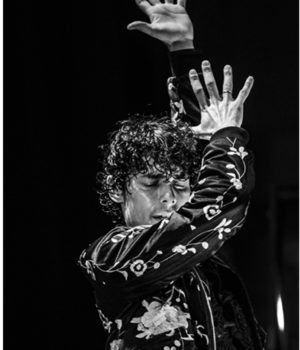 Known as a child prodigy, Carmona has feet and flair to die for. With years of training in classical, contemporary and flamenco dance, he was a premier dancer with the Ballet Nacional de España for three years before creating his own troupe. He has thrilled hard-to-impress audiences in Barcelona and Madrid, was lauded as a rising star in 2014, and has won several prestigious awards. He’s giving Los Angeles a chance to swoon over his unique style and choreography that embellishes and expands flamenco technique with ballet lines and multiple pirouettes.

In “Impetus,” the company’s five musicians will provide accompaniment by an array of beloved Spanish composers, among them Albeniz, Riqueni and Escudero. “Impetus” is presented in association with Fountain Theatre, the small but mighty Hollywood venue that features many don’t-miss flamenco evenings throughout the year and has long presented the art form at the Ford.

This one night only performance is part of IGNITE @ the FORD, a new 10-part series made possible by LA County Supervisor Sheila Kuehl and curated by Garay-English, the longtime head of the Los Angeles Department of Cultural Affairs, who claims, “As cosmopolitan as L.A. is, bringing flamenco to the forefront will only benefit the city.