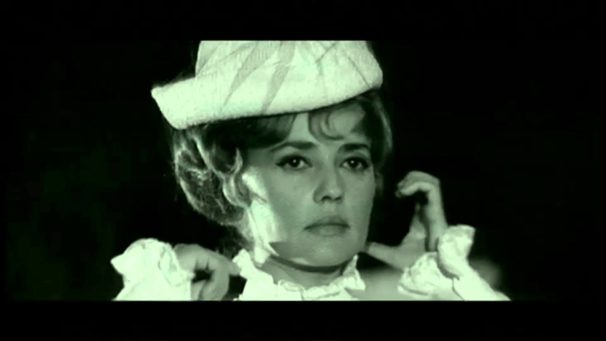 Well, I didn’t even know she died. I can be forgiven as my own mother died the prior day. I was preoccupied.

Still this eternal artist was not meant to perish. The magisterial French actress, the queen of assertive intellect and a noble sensuality, film star Jeanne Moreau (Jan 23, 1928 – July 31, 2017) commanded the screen in the esprit of the New Wave. 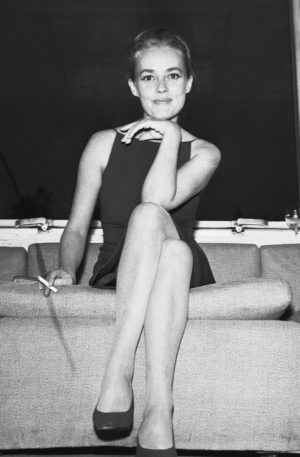 The Paris-born Moreau fell in love with the theater in her teens, and in the decade after World War II became one of France’s most acclaimed stage performers. Cast by Louis Malle as a young woman wrapped up in a murder plot in ELEVATOR TO THE GALLOWS, she became a movie star.

Moreau was not fixated on fame and box office. Her friendship with film critic-turned-director François Truffaut brought her not only her most iconic role – as the free-spirited Catherine in JULES AND JIM – but a greater appreciation for the artistic possibilities of cinema. During the 1960s, Moreau collaborated with virtually all the leading lights of the French New Wave, as well as such international auteurs as Orson Welles (CHIMES AT MIDNIGHT), Michelangelo Antonioni (LA NOTTE) and Luis Buñuel (DIARY OF A CHAMBERMAID).

This September, the American Cinematheque will honor Jeanne Moreau in a tribute to her influential works. A special offering has director Amos Gitai in person for a Q/A following a screening of his “One Day You’ll Understand” (1998) starring the great Moreau.