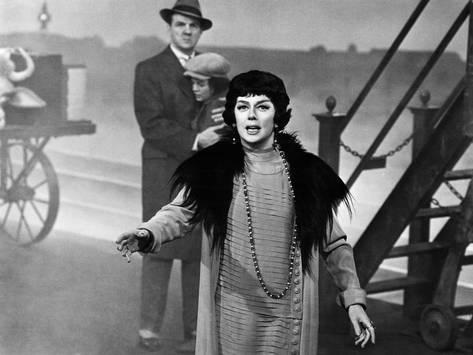 Laemmle Theatres and the Anniversary Classics Series present a 55th anniversary screening of GYPSY, the 1962 film adaptation of one of the masterworks of the American musical theater, renowned for its hummable Stephen Sondheim-Jule Styne score. The film version stars Natalie Wood as burlesque queen Gypsy Rose Lee, Rosalind Russell as Momma Rose, the ultimate stage mother, and Karl Malden. 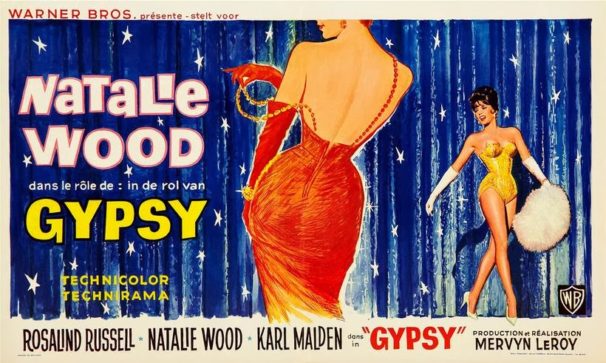 The screening, Wednesday September 12, will include a conversation with guest Carla Malden, daughter of Karl Malden, who will reminisce about her father and the making of the film, accompanied by a rare showing of the musical number cut from the film, after the screening.

In 1962 Natalie Wood was at the peak of her career, having been Oscar nominated as Best Actress for Splendor in the Grass (1961) and co-starring in that year’s Best 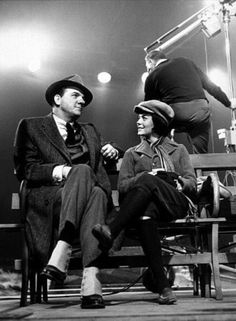 Picture, West Side Story, when she was cast to portray the queen of the striptease, Gypsy Rose Lee. Rosalind Russell was cast as Momma Rose by Jack L. Warner, and the vibrant star of Auntie Mame took considerable critical heat for displacing Broadway legend Ethel Merman in the role.

Malden’s part was built up for the Oscar-winning actor, and he doubled as Uncle Jocko and boyfriend-manager Herbie in the film.

Written for the screen by Leonard Spiegelgass from Arthur Laurents’ libretto, and directed by Mervyn Leroy, (Little Caesar, I am a Fugitive from a Chain Gang, and co-producer The Wizard of Oz), Gypsy remains a faithful, brassy celluloid version of one of the greatest musicals ever staged.