“It’s very interesting that right now there is “Go Go Khaki,” a commercial for The Gap. They are doing the Frug. It’s amazing. They are not supposed to lift steps like that. The whole concept. I don’t know who choreographed that.”

“Bob had this wonderful sense of humor and it was very irreverent. Take the Frug, there was a night club called Arthur’s. It was supposed to be a disco, but it was so gentle.

“We saw all these people — Mrs. Kennedy, Sybil Burton — it was just so elegant, but they thought they were swinging around like the kids do.

“He did it in three parts, the Aloof, The Heavy Weight, was a tribute to Floyd Paterson, and the big finish. He stayed current with what was going on in everybody’s social life.” 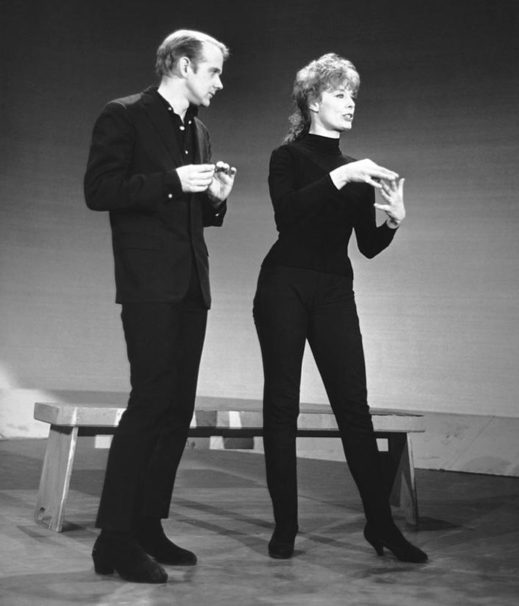