A sound-worthy evening awaits us Saturday as the beloved John Anson Ford Amphitheatre is poised and ready for its festive inaugural season-opening night, a re-opening after a major retrofit. A noisy tumult normally accompanies an event at the Ford, which is set in a natural hollow of the Cahuenga Pass, but faces off with a few very unnatural neighbors.

The juggernaut of the Hollywood Freeway and the Mighty Joe Young of outdoor amphitheatres, the Hollywood Bowl, provide a sturdy roar behind Ford performances. 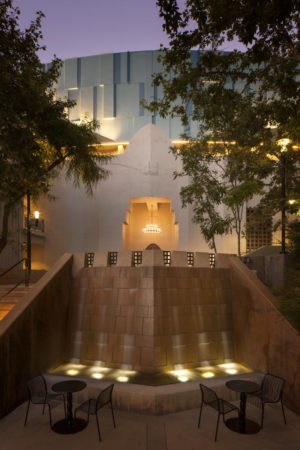 New soundproofing panels have been installed, replacing sheets of plywood and are slated to ‘muffle’ the noise of not just the Freeway, but the massive “Papa Bear” Hollywood Bowl (18,000 seats of people who never shut up during classical music concerts) across from the Ford.

The Ford, a delicate “Mama Bear” amphitheatre, clocking in at 1,200 seats, promises an evening of “sound separateness.” Maybe we will even hear some baying wolves and cricket chirps from the hills that rise behind the newly installed wooden stage.

But just in case the sound wall falls short of its promised inpenetrable barrier, art will overcome!

Slated to drown out the Roaring 101 will be ballistic ‘bring in da noise’ barrage of tap-dance rhythm laid down by Savion Glover and his hoofing brethren — They’ll perform on opening night as part of the IGNITE @ the FORD! series.

No shrinking sound-violet, Savion can pump up the volume and then bring it waaaay down to an eensy foot-to-floor filigree. Our ears are primed. 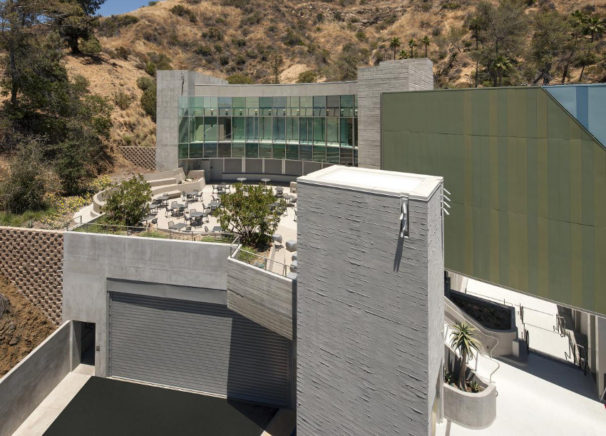