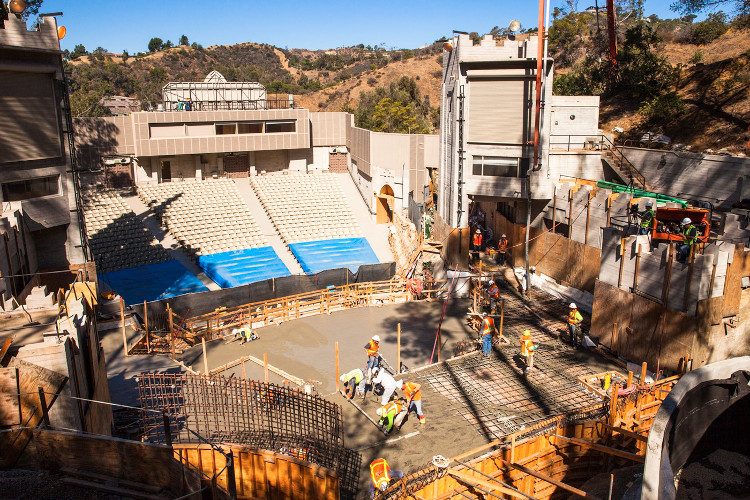 PausePlayPlayPrev|Next
Saturday night there’s only one place to be. That’s at the much loved, super historic John Anson Ford Amphitheatre, fully renovated after its multi-phase expansion. We’ve been clued in that the Ford’s $75 million re-do is nothing less than “gorgeous.” A real stunning gift to our little hamlet of Los Angeles.

Breaking in the stage — and it awaits a severe pummeling — is tap-dance artist Savion Glover, accompanied by the band Dance Candy, and a roster of fellow tappers, Marshall Davis, Jr., Robyn Watson, and Karissa Royster. Everyone one of the 1,200 seats in the house is primed for the Ford’s redone sound system, which the precise soundster Glover will play like a tuning fork. For the evening is billed as a ‘live sound mosaic,’ which reflects Glover’s view of himself as a human percussionist as well as a virtuoso dancer.

The dance concert is first attraction of the “IGNITE @ the FORD” series that brings to the Ford stage national and regional cultural collaborations with The Lincoln Center Festival and New York’s Apollo Theater, The Music Center, LA Opera, Skirball Cultural Center and Fountain Theatre.