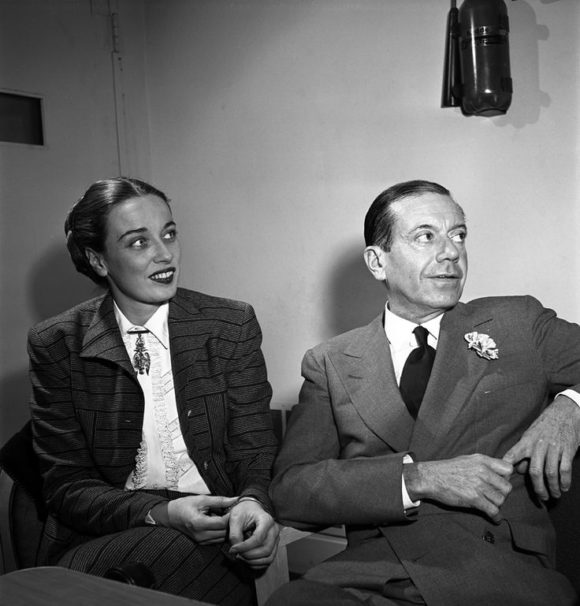 We so enjoyed a charming conversation with Broadway and Hollywood doyenne Patricia Morison at her Los Angeles home July 6, 2017. The originator of the role of “Kate” in Kiss Me Kate, still vivacious and chatty at age 102, shared happy  memories of her career. She took special care to describe the role that dance played in her artistic formation and performance style.

Patricia, tell us about your lifelong love affair with dance. 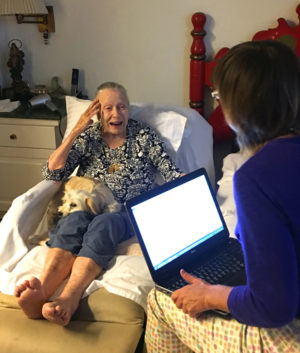 I used to go to every recital. I went to the ballet. I saw anything I could when I could scrape a few dollars together.

I remember the first time I saw Martha Graham. It left me in a daze. Then I got to meet her which was even better.

When I was going to the Neighborhood Playhouse, I took dance with Martha Graham and we became very good friends. She kept trying to talk me out of being a singer or an actress, to stay with her group. But I didn’t want that. Much as I admired her, I had my own ideas. 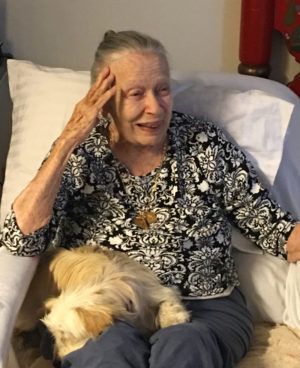 We all had to wear a certain dress that she ordered in navy blue, completely plain [at the neck] and cut in a way that the skirt would move the way she moved. It was very interesting.

Dance is the root of so many things in all kinds of cultures. It’s the root. You learn to take what you can use.

Hanya Holm [choreographer of Kiss Me Kate]. I adored her. She had a terrific sense of humor. A lot of people didn’t get it. Aside from that, she was wonderful. And she helped me a lot even though I used to go to class at Martha Graham studio.

Dance kept me steady on my feet as an actor, I didn’t become affected; it was part of me. I never did anything with dance … I became an actress. By the time I came to “Anna,” [in The King and I] I was an old pro. I wasn’t the dancer; I danced, but I was the leading lady.

Born in 1915, you grew up stagestruck in New York City, correct? 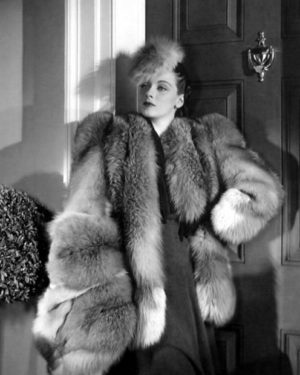 And then I got my Hollywood contract. I came out to Paramount on contract. But they didn’t really see me. They said, “We don’t want you to be a dancer.”

I started playing the ‘other woman.’ That was my role, gorgeously dressed, saying sarcastic things.

I had a lot of confusion at that time because friends of my parents, Herbert Brenner the movie director, all told me I should do this or that, all kinds of advice. I almost gave up, I thought, well, at least I can draw. But it [acting, singing] came back again.

I was told I would never an actress. They do that to everybody. I think I fooled them …

Which do you prefer, New York or L.A.?

It’s the people that make the place.

Now tell us about ‘Kate.’

I loved Kiss Me Kate, I loved the show. With Kiss Me Kate, we didn’t know what we had. We all met with Cole [Porter] at the Waldorf and they played the score. He was so excited that I was going to leave Hollywood and come and do the show. It went very well. But we never thought it would be the hit that it was. Maybe they were getting sophisticated then. The lyrics were pretty way off.

We opened in Philadelphia, on a cold winter night. We all decided, well rehearsals were going well and if we get good personal reviews we’ll be lucky. Of course it opened and became a huge hit in Philadelphia. 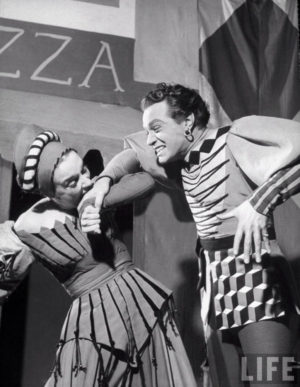 And Alfred, of course. Alfred Drake. We were the same age. He was born in Brooklyn. He was a small man with a great inner core. More than anything he wanted to do Shakespeare. And he was very good at it. He was lovely. He was easy to [work with]. He never did anything that you were never left without anything. You always thought, gee that was good.

He could move. He must have studied dance because he had strong legs.

It was all so much fun. It was never a strain. I was so happy doing that. People said, “Oh you have to do so many shows, with no nights off.” I thought “Don’t say a word.” I loved it. I loved the smell of the theater when you go in. When there is no audience, just the aroma. Silly thing to talk about, but it’s true. I loved rehearsing and looking in the orchestra pit. I love the theater.

We all have knocks, but I got through those.

Give us your Broadway memories. 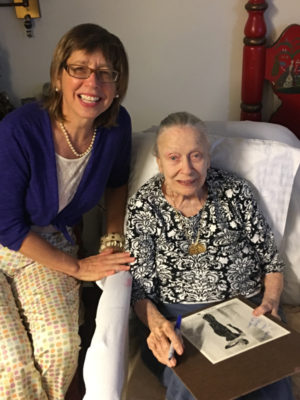 I loved Gertrude Lawrence. She was limited; I shouldn’t say that, but the voice was very tiny. She was an artist first.

When Ethel Merman was a young girl in New York, at the RKO theater on Broadway she appeared there every year. My mother said, “How could you like that? She’s so loud.” But I loved it.

I loved Gwen Verdon. I didn’t know her terribly well, I watched rehearsals. She was always very gracious. “Here we go,” that rah rah energy. Rah rah rah. She was a great, wonderful dancer.

Where has it gone??

I loved Martha Graham. People said, “How could you look at that woman, she doesn’t dance on her toes.”

It is difficult to describe Martha Graham to somebody who has never seen her.

Goddess. In every way … a goddess.