Travel back to the Roaring ’20s in Europe with “The Golden Age,” broadcast live from Moscow and danced by the Bolshoi Ballet to music by Dmitri Shostakovich and choreography by Yuri Grigorovich.

A stunning cabaret dancer must choose between her love for a visiting fisherman and the leader of a gang, who is also her dance partner. (Doesn’t sound like a choice to me … go with the fisherman, girl!) With gangsters, music-hall, battle scenes, and a love triangle, the ballet has it all. Hosted by the arts-loving broadcasters of NCM/Fathom, you can catch “The Golden Age” at your local cinema Sunday, October 16. 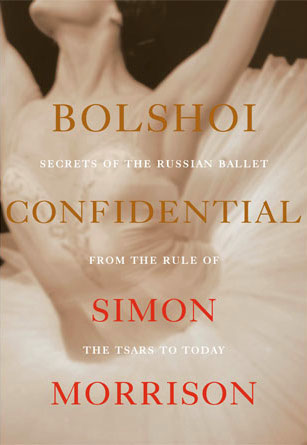 And just at in the nick of time, three days prior to the ‘big’ broadcast, comes a new Bolshoi ‘tell all’ book.

If you are hankering to learn — and who isn’t — gossip on a massive scale, the centuries-old ballet troupe’s hidden secrets from its pre-beginnings in 1776 … right through what those nasty Tsars did … then the Communist cadres …   including the oligarch era of today, then come on down to Rizzoli’s.

The esteemed bookshop (no longer at its former Fifth Avenue flagship, it is now at Broadway and 27th Street) is hosting a conversation between friend-of-arts•meme and esteemed dance critic/editor/author/curator Wendy Perron and author Simon Morrison. A Princeton professor and musicologist, Morrison is behind “Bolshoi Confidential: Secrets of the Russian Ballet from the Rule of the Tsars to Today.”