New York’s Broadway, just like Sunset Boulevard in Los Angeles, is a long street. But it’s a noble performance address. I’m looking forward, this weekend, to visiting the southern portion of Broadway in SoHo. It’s WeisAcres, the loft of Cathy Weis where Eva Karczag & Vicky Shick will perform “your blue is my purple.” 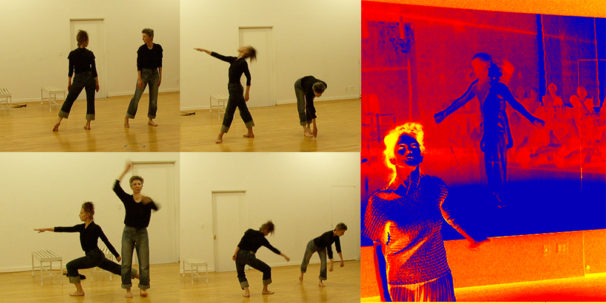 Shick and Karczag, longtime colleagues from the Trisha Brown Company in the 1980s, are often mistaken for each other. In this dance, billed as a ‘small duet,’ they investigate their connections.

Cathy Weis joins the program to perform Down at the Courthouse. As she moves onstage, Weis talks about civil service and moving through the world. Her live image is projected behind her as she tells her stories through voice and movement.