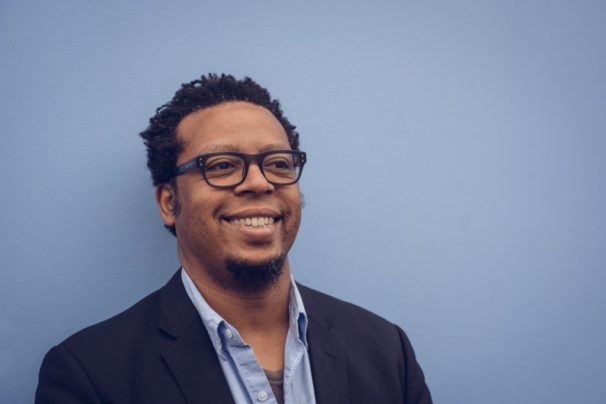 The KORG MS20 adds grainy keyboard impasto to those scrims — against shimmers of Wurlitzer organ and metallic Mellotron dollops that lazily bubble and morph as though inside a lava lamp.

Then there’s the rhythm. Jamire Williams plays dynamically measured trap drums, often peppering around sampled drum tracks. They chug along before turning on themselves to become counter rhythms. Offset pulses hop on the wrong foot, so to speak, or percolate like so much magma under the musical crust. Josh Johnson’s woodwinds judiciously add color with flute and clarinet–looking for sweet spots and holes to fill. This is no place for Coltrane-like cadenzas or machine gun alto saxophone torrents.

Parker is a thinker who doesn’t let his brains get in the way of his brilliance. This is music to contemplate but it delights with unexpected twists of texture, motif and individuality. 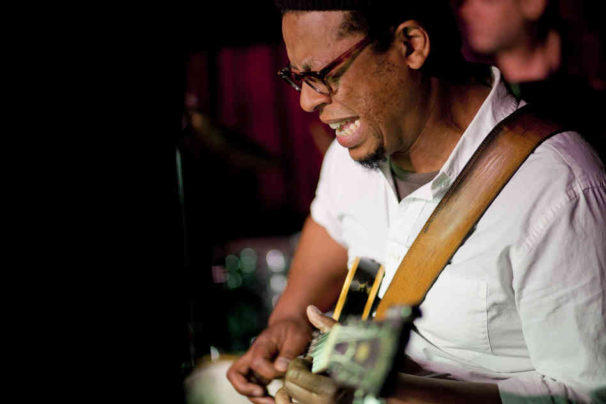 Though Parker’s lived in Los Angeles since 2013, the Chicago-identified guitarist has a phantom local-performing profile. “I’m still trying to figure out how this place works,” he smiles.

Known as a team player, he makes his living by touring in bands like Tortoise, and the acclaimed cooperative Isotope 217.

Miles Davis’s electric funk of the late 1960s and ‘70s coupled jazz improvisation with fierce grooves. It also inaugurated hard-edged recording editing that juxtaposed live and studio tapes. “Isotope was very influenced by Miles,” Parker contends. “Those ‘70s recordings inspired us and it’s still a big influence on what I do. Of course, hip hop is something I’ve studied very deeply. People like RZA, J Dilla, Mad Lib, Marley Marl showed what can done with creative sampling.” 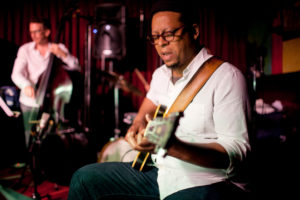 I have a huge record collection,” Parker points out, “and the ideas on “New Breed” are things that I’ve been working on for ten years. I’m kind of exploring some of the same esthetic as Isotope but back then, the technology wasn’t so widely disseminated. Now most young musicians are very fluent with digital software to write and print out their music.”

The relaxed tone and pastel textures of the album balance color-laden frameworks with pithy playing. “Erik Satie is my biggest compositional influence,” Parker volunteers. “I love his simplicity, and directness. It’s void of ornamentation and compellingly minimal.”

Another part of Parker’s lineage was his time spent in Chicago’s black cooperative the Association for the Advancement of Creative Music. “I was never super active in the A.A.C.M.,” Parker points out, “so I wasn’t influenced by them in any direct way. If I learned anything from that time, it’s that you can’t pigeonhole the music that comes out of there. That community taught me how to walk through the world as a black artist but it hasn’t limited me in any way.”