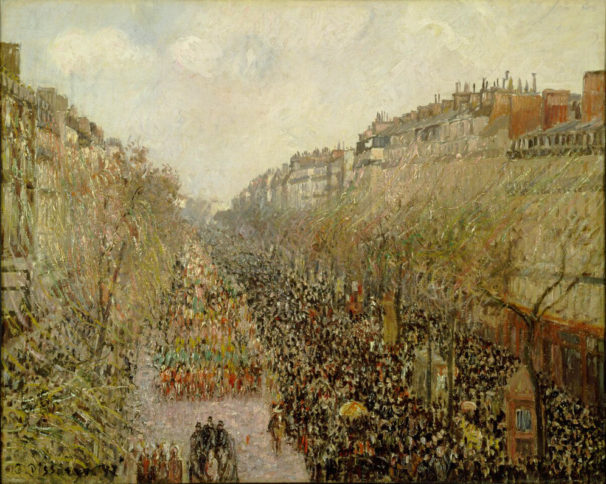 (Collectors respectively of the early and mid 20th century, Huntington and Hammer still pale by comparison, in their acquisitive nature, to L.A.’s tycoon-collector of the day, Eli Broad.) 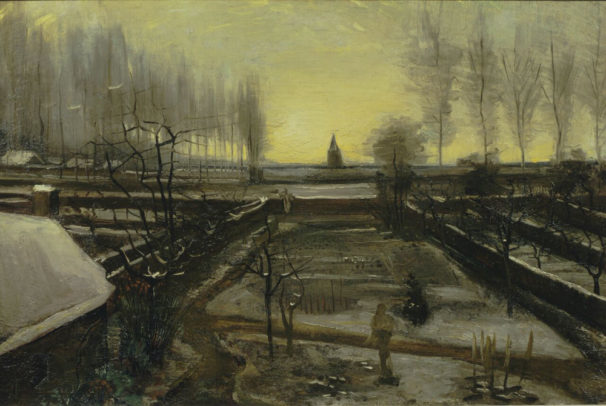 Fifteen important works lent from the Hammer Museum — sublime masterworks reproduced on this web page in (inadequate) digital format — will soon dazzle and pop with inimitable palettes of earth tones to fiery reds, at the house that Huntington built in San Marino, California. For those of you not in L.A. it’s easily a 45-minute drive across town between the two arts institutions. 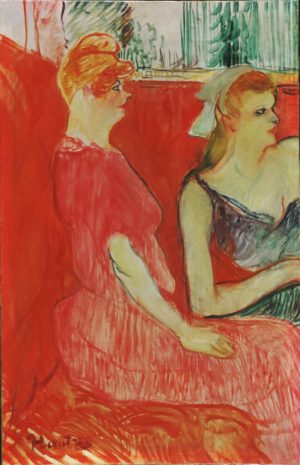 Van Gogh & Friends: Masterpieces of Impressionism and Post-Impressionism from the Hammer Museum, opening Saturday, will be on view in the Huntington Art Gallery through the fall and the holidays and into the new year.

The Hammer collection is particularly strong in late 19th-century French painting, with works by such luminaries as Van Gogh, Cezanne, Gauguin, Monet, and others.

Installed in a second-floor gallery in the former Huntington residence, these paintings resonate with The Huntington’s own collection of British art.

It was Englishman John Constable’s innovative landscapes, replete with shimmering light and shadow, that inspired

French artists to bring a particularly vivid and radical form of his plein air painting into the modern era.

Constable’s View on the Stour Near Dedham (1822), is among the artist’s finest works and one of the most important paintings in The Huntington’s permanent collections.

In addition to the French Impressionist paintings, visitors can see the Hammer’s dramatic full-length portrait of Dr. Pozzi at Home (1881), by John Singer Sargent.

Sargent, an American artist, was greatly influenced by the earlier works of Gainsborough and other British 18th-century painters.

So his striking portrait of the Parisian physician in a scarlet dressing gown is appropriately displayed alongside The Huntington’s most famous grand manner portraits, including The Blue Boy, in the Thornton Portrait Gallery.

Van Gogh & Friends: Masterpieces of Impressionism and Post-Impressionism from the Hammer Museum | The Huntington | thru Jan 2 2017