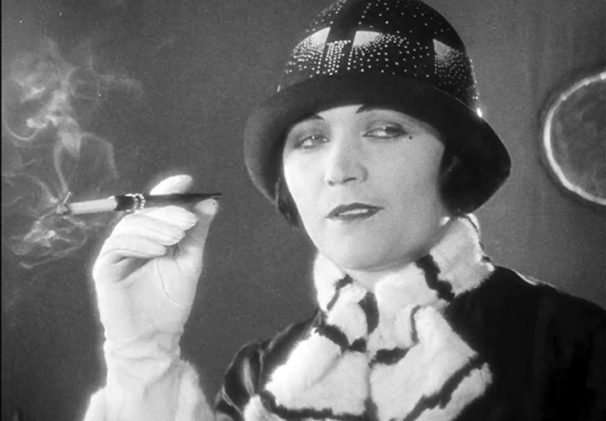 “A Woman of the World” (1925) stars Pola Negri in a comedy about a sophisticated European countess (do they make ’em unsophisticated?) who encounters culture shock during her visit to small-town America. Her continental freedoms — she smokes in public, she wears flashy makeup — clash with local morals. A crusading District Attorney enters the picture and the rest is … our movie.

Sounds good, doesn’t it? Delivered as a Silent Salon movie night with live organ accompaniment at the Villa Aurora, it sounds divine. 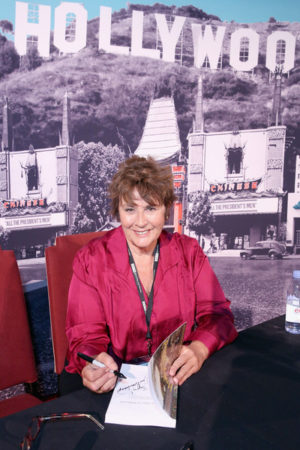 We asked Cari Beauchamp, the film historian who curated this summer’s series of three silent movies for the Villa, why she likes this movie so well.

Pola Negri turns her vamp image on its head with a comedic turn as a tattooed, cigarette-smoking countess in small town America.

The story of how the populace reacts to celebrity is timeless.

I don’t want any spoiler alerts here, but let me just say  that the tag line for “Woman of the World” could be: “Nothing like a lashing to whip a DA into shape.”

Directed by Mal St. Clair, this film has just been restored by Paramount and had its preservation premiere at the San Francisco Silent Film Festival in June. The Villa’s will be the first Southern California screening.

A Woman of the World | Silent Salon Series, The Villa Aurora | Sat Aug 6