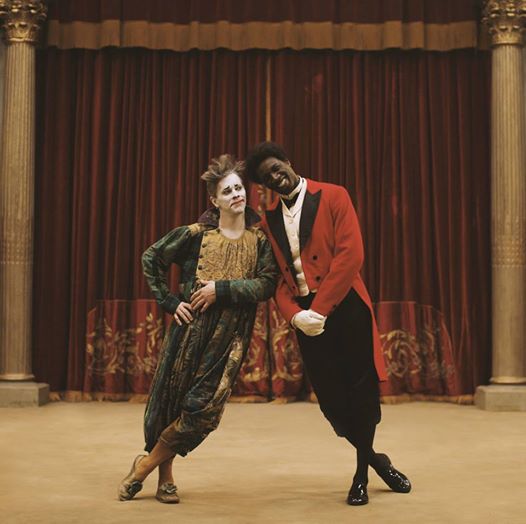 “Monsieur Chocolat,” a biopic set in the fin-de-siècle world of French circus and music hall opened the 20th anniversary edition of COLCOA French Film Festival in Los Angeles last night, bringing exotica and rich visual zing to the big screen of the Director’s Guild of America. The film’s talented director Roschy Zem and its star, Omar Sy, were in the house for a post-screening interview. 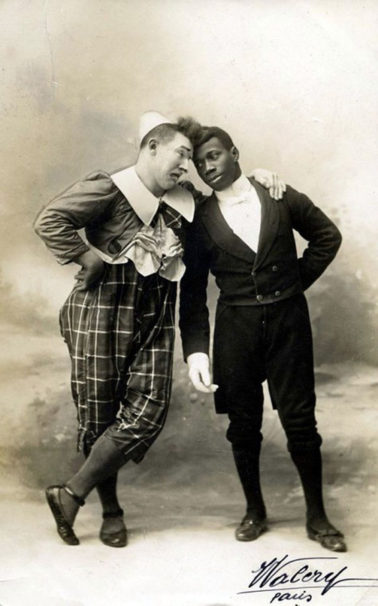 Sy plays a real-life figure, Raphael Padilla, a.k.a. Chocolat, the first black star of the French stage. Born a slave in Cuba, Padilla makes his way to a rag-tag circus in Europe, where he plays a tooth-baring cannibal for provincial audiences who’ve never seen a black man.

The film follows Chocolat’s career and life travails, which grow fortuitous for his linking up with an ambitious performance partner, the British-born clown George Foottit.

James Thiérrée plays Foottit with Chaplinesque pathos worthy of the Great Clown himself. That makes perfect sense because Thiérrée, an accomplished acrobat and clown who choreographed the film’s circus sequences, is himself the grandson of Charles Chaplin. What a beautiful artistic lineage embedded in this movie.

The film’s best assets include its detailed mise-en-scène, particularly its evocation of a down-and-dirty country circus that opens the movie. The story then transfers to Belle Époque Paris, picking up the nostalgic look we first saw in 2001 in Amélie, but a version much subdued from that movie’s Disneyland look. Noteworthy is a Gabriel Yared sound score that marvelously knits and propels the movie’s chapters. Film also features beautiful costumes by Pascaline Chavanne, adding rich distinction to the many circus performers as well as handsome, layered suits when Chocolat, an early “rock star,” reinvents as a Paris dandy.

“Monsieur Chocolat” alas falls short in its critical circus-act scenes, with the duo failing to deliver the magic it portends enthralled audiences. The gap between Thierree’s and Sy’s physical gifts remains wide, and much as you want to climb on board and re-live the fantasy of the Foottit et Chocolat show, Mr. Sy’s lack of physical grace repeatedly interrupts and keeps the act literally down to earth (in response to one of the act’s key elements — getting booted in the derriere — Sy much rolls and tumbles on the ground.) 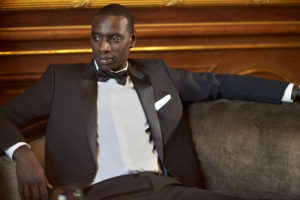 This ambitious film suffers loose ends. I was surprised to learn that Padilla hailed not from black Africa, but rather, Cuba. I did not feel the film ultimately nailed its racial themes (not sure what I wanted or needed but I did not feel it hewed to a clear cut editorial position on the circus act’s crude humor). It rather scrupulously, and in a politically correct manner, avoided commenting on period social convention, for example, against miscegeny.

I nonetheless recommend “Monsieur Chocolat” for its fond embrace of a theatrical world gone missing. A world of exotica, however steeped in racially driven cruelty. The very dear price of an admission ticket Monsieur Chocolat is shown to pay.