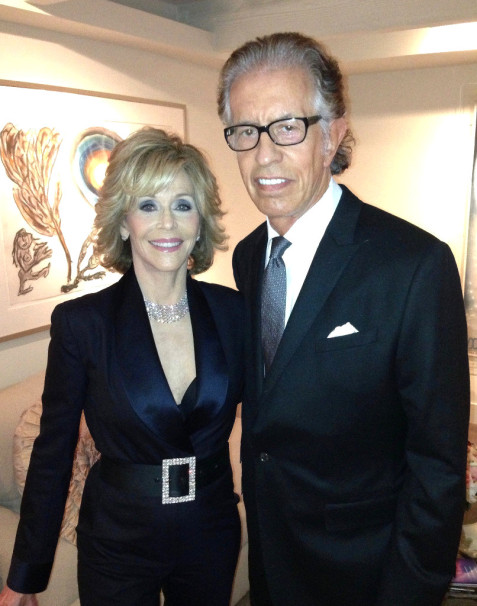 The inestimable Jane Fonda, two times an Oscar winner and an inspirational figure to many women, together with her significant other, record producer Richard Perry, will be honored at an annual fundraiser at the historic Pasadena Playhouse. Billed as “the best party in Pasadena,” this happy occasion merits a wish, You go girl! And you go too, Richard Perry.

The April 30 gala, themed as “A Night in the Catskills,” takes its setting from the Playhouse’s current production, Harvey Fierstein’s Casa Valentina, which is set in the Catskills of 1962.

Fonda, whose film career got its start around that year, won Oscars for Best Actress (Klute , 1971, Coming Home, 1978). She is a three-time Golden Globe winner, and was the 2014 recipient of the AFI Life Achievement Award.  Her credits include Coming Home, The China Syndrome, Nine to Five, Rollover, On Golden Pond.