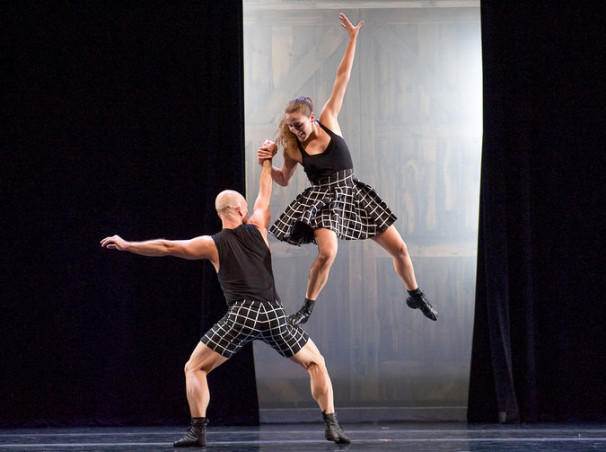 Some are still in a huff about Benjamin Millepied’s decision, in 2014, to leave Los Angeles and L.A. Dance Project, the much-hyped dance collective he co-founded less than two years earlier. But how could he not accept the offer to be dance director of the Paris Opera Ballet, one of the world’s oldest and most prestigious dance companies? Let’s at least give him kudos for creating a contemporary, ballet-based dance company here. And he’s still involved. Sort of.

L.A. Dance Project spends most of its time touring internationally, but we can still enjoy this bracing young company during its brief, occasional hometown visits. The ensemble brings a mixed bill to The Wallis Annenberg Center for the Performing Arts in Beverly Hills January 29 and 30: Millepied’s “Hearts and Arrows,” set to music by Philip Glass; Justin Peck’s “Murder Ballades,” which our own Debra Levine didn’t much like when the company performed it at the Ace Hotel downtown in February 2014 (Lewis Segal disagreed, which is what makes dance criticism such a fun undertaking); and the U.S. premiere of “Harbor Me,” created by Belgian choreographer Sidi Larbi Cherkaoui. This trio, commissioned by Millepied, had its world premiere in Paris in April last year. In a 2014 interview with The Guardian, Cherkaoui described his style as “mixing hip-hop with classical ballet and African moves.” He is also a Kate Bush fan, but for this piece he commissioned a score by Korean composer/musician Woojae Park. It’s all a welcome breath of air after a season of “Nutcracker”s.