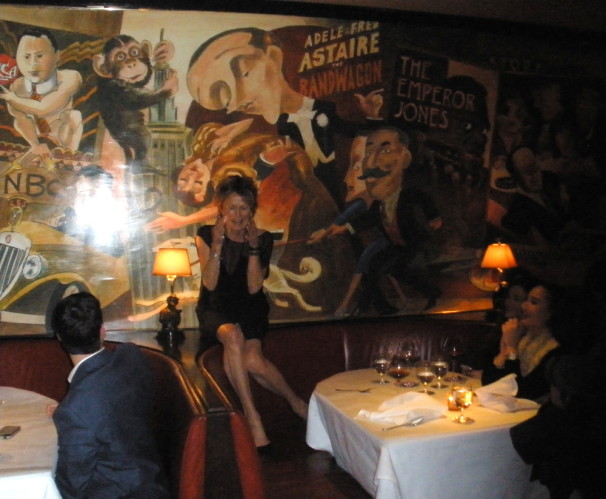 PausePlayPlayPrev|Next
Hollywood dancer/actress Barrie Chase, in New York for appearances at “All That Jack (Cole),” the historic film-retrospective now on offer at The Museum of Modern Art, burst into a spontaneous expression of physical joy at the sight of the Fred Astaire caricature in Ed Sorel’s mural at The Monkey Bar on East 54th Street.

Barrie, who was partnered by Astaire in four much-lauded television variety-show specials, 1958 – 1968, remains in wonderful shape. On January 22, she enjoyed a long interview with arts•meme‘s Debra Levine prior to a screening of LES GIRLS (1957), a film for which Chase served as dance-in for star Kay Kendall, as well as performing in the chorus.