Art to accompany your Metro descent, by George LeGrady 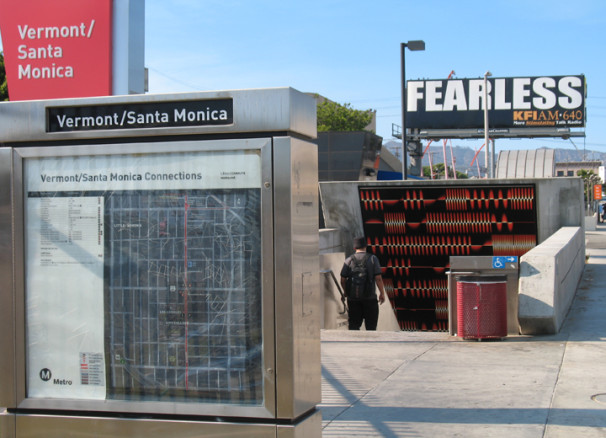 You’d think a leaning 18′ x 24′ concrete wall above a staircase and escalator unit at a subway station would be a pretty challenging place to envision art, much less install it. And yet, George LeGrady responded to a 2006 commission from Metrorail with this vivid piece of public art at the entrance of the Vermont/Santa Monica subway station, adjacent to the campus of Los Angeles City College.

The design concept derived from the kinetic experience of the downward movement on both escalator and staircase. 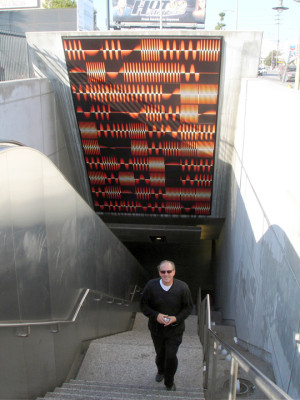 [The artist, in project notes, characterizes one downward-movement experience as “smooth,” the second as “sequential.”]

The tilted concrete wall above the escalator and staircase, according to the artist, conveys a dramatic presence and is suggestive of kinetic and cinematic motion. The experience of movement down the stairs is a reminder of the 19th century scientist Jules-Etienne Marey’s photographic recordings of movement experiments that eventually influenced Duchamp and the Futurists. Some of the design metaphors that came to mind include descriptions such as kinetic, downwards dynamic flow, vibrations, energy, electronic, etc. resulting in modulated sinewaves generating visualization to signify movement. 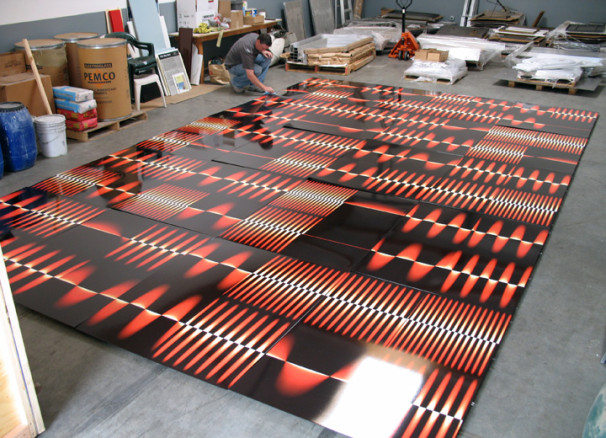