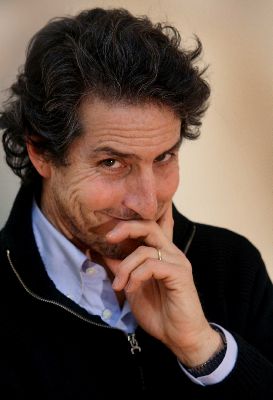 Instead, Daniel Ezralow’s considerable portfolio, cutting across borders and dance genres, is garnering for the 58-year-old dance maker a Lifetime Achievement Award at the McCallum Theatre’s annual Choreography Festival. The award ceremony is the juicy capper of the first night of a two-evening competitive showcase of burgeoning choreographic talent to roll out in the lovely Palm Desert theater on Nov 7.

Shea New, since the get-go the Festival’s artistic director, says, “Ever since I saw Across the Universe, I’ve been a fan. That piece, his choreography, blew me away. This year we had a lot of choice, and we landed on Ezralow. That excited me because he is West Coast-based. We want to say to the world that we have plenty here—and we need to celebrate it.” 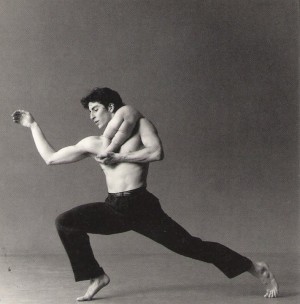 By his own admission Ezralow’s long career got a felicitous, if somewhat random, start. Enrolled at U.C. Berkeley on a pre-med track, “all of a sudden I took a class in Graham technique taught by David Wood,” he reminisced in a phone interview.

“I became obsessed. I wanted to become a dancer.

“I asked everyone, ‘How do you do that? Should I go to New York? What should I do?’ The answers were as numerous as my questions. No one could tell me definitively, ‘Do this, do that, do the other.’ In the end there was no answer. The only real answer was the answer of YOU and what you do.”

Thirty odd years later (some very odd, living the freelance-choreographer life, from gig to gig), Ezralow found himself in St. Petersburg converting the Mariinsky Theatre stage (relocated to the center of the hall) into a rolling wheat field for Stravinsky’s The Rite of Spring.

Ezralow’s journey to Petersburg began in American modern dance. He was a member of Paul Taylor Dance Company; one of the original dancer/choreographers to create MOMIX; and a director and founding member of ISO Dance. He has created dances for Hubbard Street Dance Chicago and Israel’s illustrious Batsheva Dance Company, as well as his own troupe, Ezralow Dance. 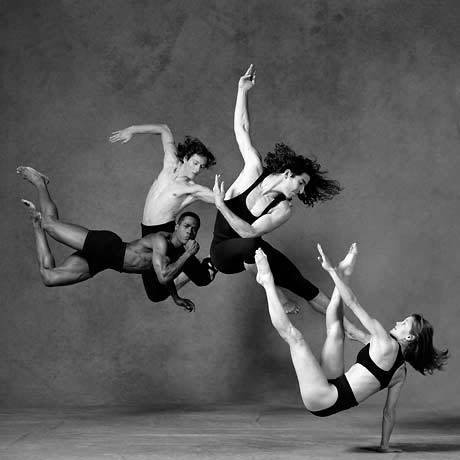 His aerial creations flew around Las Vegas in Cirque du Soleil’s The Beatles LOVE. They tumbled forth on Broadway in Spider-Man: Turn off the Dark. They flickered on the silver screen in the  beloved movie-musical Across the Universe.

Only Ezralow could complete projects at world-leading museums—Louvre, Getty, Guggenheim, and Pompidou—then bundle those classy addresses with events at Yankee Stadium. Go Ezralow!

As a creator, he is rarely at a loss for ideas: “At MOMIX, we would create from whatever we had. Whatever we found in the country (the company was based in Connecticut, then a radical departure from the New York City-centric modern-dance world). We found cows, so we created with cows. That was when I realized that the idea that dance was only in New York was so misguided. Dance is everywhere.” 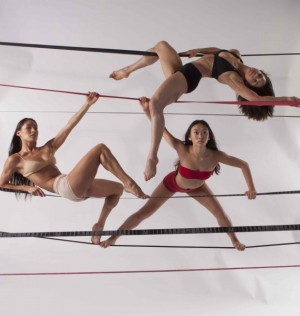 Television sets around the world tuned into Ezralow’s Opening Ceremony of the 2014 Winter Olympics in Sochi. And Lincoln Center’s Koch Theater recently glowed with “Pearl.”

“The Chinese asked me to do a theatrical story of Pearl Buck. I thought, oh boy, a dance biography, that’s not my thing. But when they told me they would like to parallel “Spring River Flower Moon Night,” a famous Chinese poem, that appealed to me.

“I went to China, to Zhenjiang and Nanjing. I hung out, just getting the feeling why I am supposed to do this. I discovered an extraordinary writer, a blonde from West Virginia who felt on the inside she was Chinese. 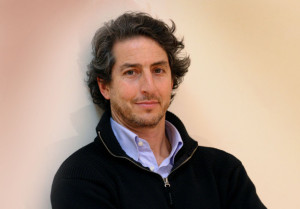 “Pearl Buck? For the Chinese, okay, she represented a cultural bridge; but what did it mean to me? I am always seeking the why. I searched and searched. What it came down to was, she was curious. And so was I.

“There is a baseline; on my best days it is to inspire people. It may be simplistic, but the reason I danced in the first place was to make people (and myself) happy. I want to create something to inspire people; it could be as simple as “feeling good.” If you walk out of the theater feeling positive about living another day of your life; if you feel you got your money’s worth; if you say, wow, I really enjoyed that, well, that’s a big thing for me.”