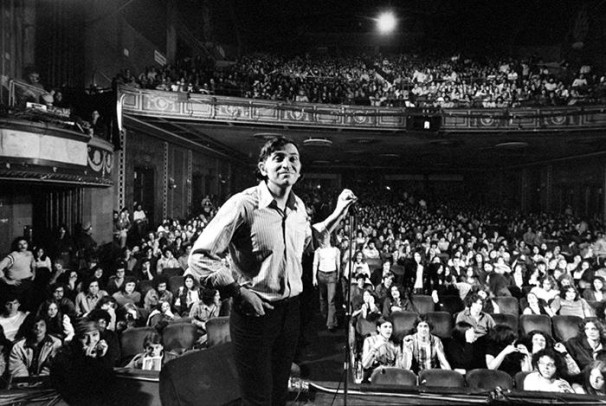 We pay over a hundred dollars for a decent seat at a Staples Center rock show without thinking twice, but it wasn’t always so. There had been rock events here and there as early as the late 1950s—Elvis at the Pan-Pacific Auditorium and the Beatles at Dodger Stadium—but they were occasional. Bill Graham (1931-1991) made rock concerts an industry. His weekly shows, first at San Francisco’s Fillmore Auditorium then at New York’s Fillmore East, set a standard for presenting the music. If you attended one of his shows, you knew you’d see three bands and they would hit on time.

“Bill Graham and the Rock & Roll Revolution,” at the Skirball all summer long, is a worthy tribute to the man who made the rock trains run on time. He brought an ironclad work ethic to San Francisco’s anything-goes hippie epoch, and though the bands (Jefferson Airplane, Grateful Dead, Quicksilver Messenger Service, Santana and many others) often cursed him, Graham’s accrued cachet opened doors for them around the country and the world. As Flo Ziegfeld had 50 years prior, Graham made stars of many of the performers he presented for the first time.

He was an unlikely catalyst to give shape to an amorphous scene. 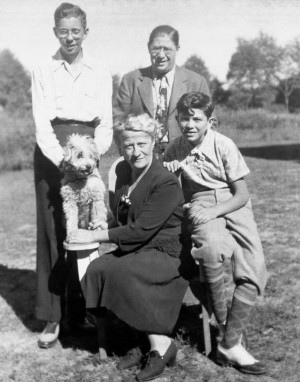 Born in Berlin in 1931, Wolfgang Grajonca barely escaped the Holocaust that wiped out most of his family. Landing in New York, he was adopted at eleven (Graham was the closest surname the phone book offered him). At 20 he was drafted and later awarded the Bronze Star Medal for valor in the Korean War. But he was busted from corporal down to private — twice. Graham had guts but bucked the rules.

San Francisco in 1965 was a gathering horde of beatniks, street people, bohemians, artists, musicians, freaks, druggies and dropouts. With his New York street smarts, Graham began managing the radical San Francisco Mime Troupe. He chose the Fillmore Auditorium, a dance hall in San Francisco’s black community, for a benefit for the Mime Troupe. By February of 1966 he was presenting for profit.

A bin full of apples sits at the beginning of the Skirball show; Fillmore patrons got free apples with their tickets. The gesture had a deep meaning for Graham. Filching apples from a nearby orchard with his buddy was one of Graham’s few happy memories from his boyhood in a Berlin orphanage. 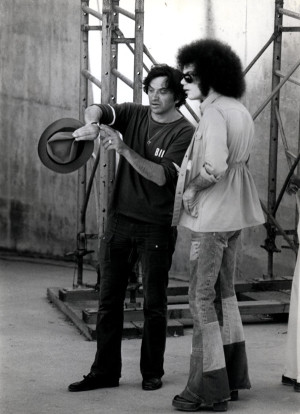 The hippie collective Family Dog also presented at the Fillmore. Nominal leader Chet Helms had a gentlemen’s agreement with Graham that they’d alternate shows every other week. When the Butterfield Blues Band hit town and attendance shot up, Graham hopped a plane for Ireland and secured a three-year lease on the Fillmore. His brusque rejoinder to the wounded Helms was: “You need to get up before ten o’clock in the morning.” It was business, and Graham played for keeps.

The hippie bands often preferred playing at the Avalon Ballroom, the Family Dog’s home. They liked the informality and jammed interminably, bathed in swirling light shows. By contrast, the clipboard-toting Graham hustled bands on and offstage, but gave them spotlights and lightshows as backdrops. If Jimi Hendrix was late, a screaming Graham met him on the sidewalk. 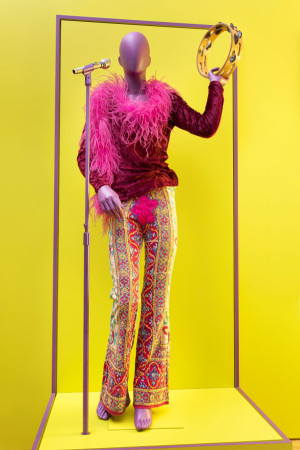 The ballroom legally held 2,000 people. Though tickets could be redeemed for a free apple, legend has it that employees quietly slipped intact tickets into their pockets and resold them. Graham could move an extra thousand tickets and stuff the place—without telling the bands, of course.

By 1970 Graham had opened Fillmore East in New York City, regularly produced big bills at Winterland arena, the words Bill Graham Presents were known all over the world, and the Family Dog was no more. His rugged face was seen in underground bookstores and head shops everywhere — flipping the bird on an iconic poster. His guttural baritone succinctly announced the live portion of Big Brother and the Holding Company’s Cheap Thrills album (Columbia, 1968), recorded at the Fillmore: Four gentlemen and one great, great broad…

Graham helped usher in the era of stadium rock with his tours for the Rolling Stones and Crosby, Stills, Nash and Young. He’s celebrated for mega benefits like the Live Aid concert and in fact died in a helicopter crash while shuttling to work out details for a benefit.

Over 400 items—photographs, posters, album covers, newspaper clippings, instruments and clothing items (Graham’s own scrapbooks, a shard of a Hendrix guitar, Keith Richards’ duct-taped boots and guitars belonging to Jerry Garcia and Duane Allman), film and audio clips and even a pale approximation of a lightshow—tell the story of a driven, brilliant and infuriating man who brought the music to the people.