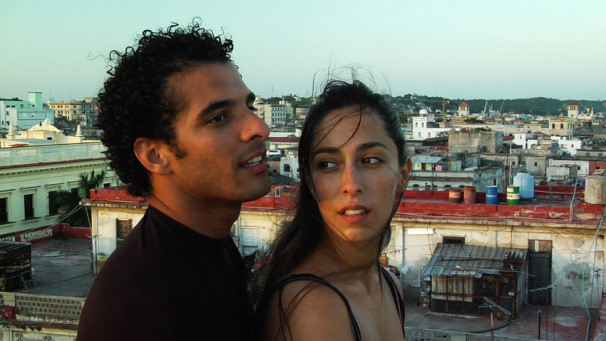 “Dancing for My Havana,” an Italian/Cuban co-production written and directed by Claudio Del Punta, has garnered the Special Jury Prize of the Dance Camera West festival 2015. The film, a colorful wonderland set in Havana’s romantic urban ruins, tells a love story interpersed with sensational dance numbers that give a rare glimpse into unadulterated Cuban dance culture.

The film’s choreography, beautifully staged-and-shot, features large ensembles — with individual dancers so compelling that the eye struggles to devote equal time. With enviable confidence, they cycle through textbook Latin rhythms — rumba, son, cha-cha-cha and salsa — with the same ease as breathing Cuba’s heavy tropical air. No music, no complex beat, can stymie these dancers. They reign. 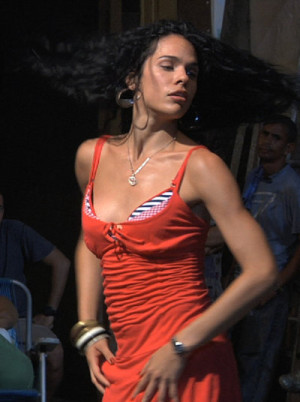 “My Havana” concerns a posse of (superlative, are they born like that?) Cuban dancers as they struggle for their art and their lives. The simple plot navigates a love triangle between Daniel (Sandy Marquetti), an angsty choreographer; searching, searching, he’s both hottie and hot-headed. Along comes Yadira (the body-licious Nayara Nunez Oliva, an exquisite dancer, a solid actress). She’s Daniel’s ex-dance/life partner who still dispenses witchcraft. Rosa, an overly earnest visiting dancer from Spain (Oona Chaplin, playing precisely the kind of role in which her mother, Geraldine Chaplin, excelled in films directed by Robert Altman), is Daniel’s business partner and sometimes lover. 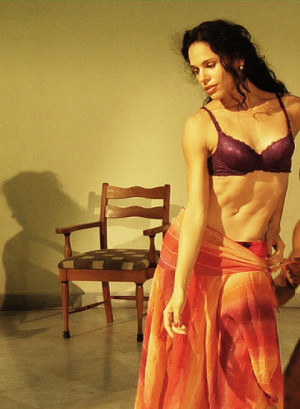 This unassuming, almost naïve, plot asserts no particular profundity, but neither does it intrude into the important matter at hand, which is the dancing. It does merit noting that nothing in the dialogue, or in the rendering of character, feels forced; the acting is commensurately naturalistic reflecting the casual island culture, but one where passions simmer. Reality intrudes in the form of a father-figure dance instructor whose life wanes as we watch the film. This is touching. There is also an overlay of melancholia as the characters weigh options for leaving Cuba in their quest for freedom and career. This is a reality American viewers will find foreign; but it runs throughout the film, giving a good undercurrent of tension.

Dance erupts on the screen, everywhere. It enlivens a red-stucco rooftop patio with a huge blue tropical sky looming above. It brings vibrancy to any number of ramshackle, decayed building courtyards; it coheres crumbling, rain-soaked sidewalks; it blesses dance studios located in mansions that are, simply put, a shambles. The pure energy of the film’s young cast, dressed in their vibrant costumes (revealing acres of bare skin, reams of it) contrasts starkly with the desiccated structures used as settings.

In short, “Dancing for My Havana” is a real eyeful. 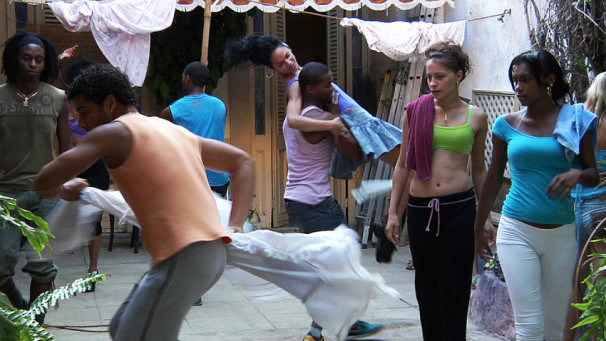 In observing one of the powerful, and nearly perfectly executed dance numbers, a character is heard to ask, “What are they celebrating?” Quickly comes the reply: “The fact that they have music and that they are alive.”

I’d never been to Cuba. But now I have; I’ve seen “Dancing for My Havana.”