The French Consulate General in Los Angeles is hosting an homage to the multifaceted French intellectual, statesman, novelist and filmmaker, Romain Gary, on the centennial of his birth.

War hero, diplomat and film director, Gary moved from the Russian Empire, where he was born, to Nice, where he spent his childhood, and from his Air Officers’ Training School to his involvement in the French Resistance during the Second World War, Gary faced all the major geopolitical upheavals of his time as a front-line observer and an enlightened consciousness. 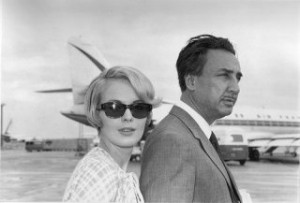 He arrived in Los Angeles in 1956, as Consul General.

His connection with Hollywood was both defining and crucial. His years in Los Angeles as a diplomat marked the beginning of a lifelong collaboration with Hollywood, where he met his second wife, art-film darling and tragic heroine Jean Seberg. Gary directed two films, wrote five screenplays and eleven of his novels have been adapted into films. 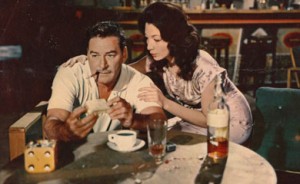 One of his most famous novels The Roots of Heaven (Les Racines du ciel) for which he won his first Prix Goncourt. was made into a film directed by John Huston.

Film will be screened at the Egyptian Theatre with booking signing by scholar and Princeton University professor David Bellos, a Gary expert.

The Roots of Heaven | Egyptian Theatre | May 15