Claude Lelouch on the friendship in “We Love You, You Bastard” 1 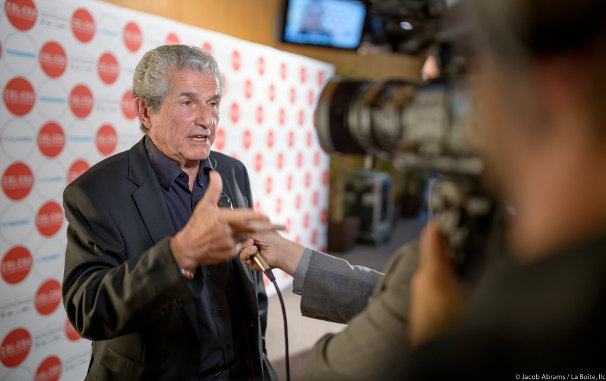 French film director Claude Lelouch, whose seventh film, A Man and a Woman (1966), catapulted an international career, persists in his cinematic exploration of the perils of the human heart — not just in love but in friendship.

Shepherding “Bastard” to Hollywood in the company of his wife and co-screenwriter, Valerie Perrin (her first novel “Les oubliés du dimanche” will be published March 2015), Lelouch engaged in conversation of surprising profundity given the setting: poolside, at a sun-dappled Beverly Hills luncheon. 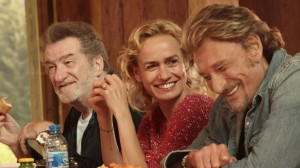 “Friendship is complex,” ventured the grey-haired, still handsome director as an opener. He then parsed what for him has proven the most elusive of human relationships: “It’s more complicated than man-and-woman love. It is rare and difficult. And it’s the hardest thing in this world to find.”

Lelouch, whose several marriages resulting in seven daughters provided fodder for “Bastard,” admitted, “I’ve had more women in my life than [male] friends. A close friend is rare and difficult. I have had many friends; but many betrayed me. Now I feel I have more friends than ever. So … it’s a success.”

It all rests on a delicate and difficult balance, according to Lelouch: “Friendship is the art of giving; you can never demand something of a friend.” 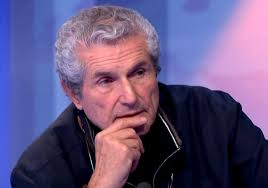 Even more challenging, he admitted with utter candor, is that in friendship, “you can be jealous.” Layering in light sarcasm, he contextualized: “You can cheat on your wife, but you cannot cheat on a friend.” With a wife, “you may be pardoned, or forgiven, but with a friend that’s more difficult.”

The movie’s “bastard” in question is its leading character (unarguably a Lelouch surrogate): the successful photo-journalist Jacques Kaminsky, played in the movie with slow-burning beatitude by craggy-faced crooner Johnny Hallyday. Kaminsky’s quest for late-life reconciliation with his four daughters is advanced by his best friend Frédéric Selman (Eddy Mitchell). Frédéric, who is also Kaminsky’s personal doctor, intervenes in his friend’s estranged family life by alerting the four daughters, in a lie, that their father is in grave health and merits a personal visit. 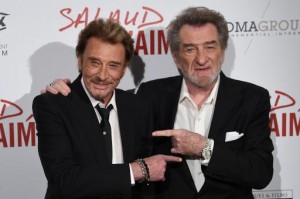 While the lie fosters healing between Kaminsky et filles, it also sets up unintended consequences. Lelouch considers Frédéric’s lie as an act of friendship. “Friends know what to do for each other even if it is never [explicitly] requested. Johnny never asked Frédéric to do this trick (lying to the daughters]. But he did it anyway. The lie is the proof of his love. It shows how much he loves Johnny.”

Adding a layer of meaning that enhances “Bastard”’s engaging emotional honesty is the fact that Mitchell is a longtime, real-life friend of Hallyday’s.

“They were already very close friends. They were very happy to act in this movie together. I benefited from this.”

Like the bond between Bogie and Claude Rains at the close of “Casablanca,” a “beautiful friendship” gets captured through movie magic. Said Lelouch, his voice swelling with feeling: “Thanks to our film, their friendship is truly eternal.”

One comment on “Claude Lelouch on the friendship in “We Love You, You Bastard””