Hallyday, in Hollywood not on holiday but at COL·COA 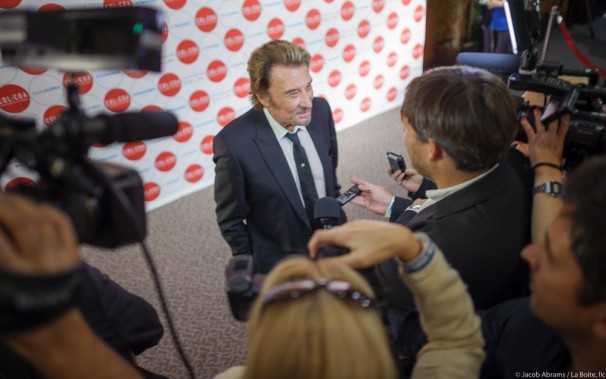 French rock star Johnny Hallyday, who resides in Los Angeles, manly, subtle and sensitive in director Claude LeLouch‘s latest, “Salaud, On t’Aime” (“We Love You, You Bastard” its less charming English title) seen last night, with Lelouch and Hallyday in the house, at opening night of the 18th annual COL*COA, French film festival.

In the film, the facially beat-up, longtime man of rock ‘n rock plays a failed father, who in his seventies eschews the Parisian lifestyle to take up residence in a glorious mountain chalet in the French Alps. There, under the watchful eye of a pet eagle and buoyed by a man-friend marvelously played by Eddy Mitchell, he receives visits from an aggrieved brood of four daughters, each born of a different mother. When news surfaces that a fifth offspring exists (she is tucked away in romantic Cuba) the foursome reacts in jealous, unpredictable ways. 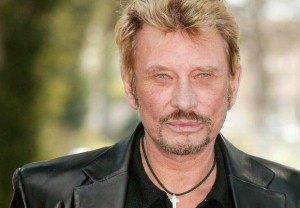 Hallyday, even while at the center of this female maelstrom, also manages to mate with ostensibly his sixth wife played by Sandrine Bonnaire with great womanly virtue, i.e. manifesting the eternal devotion and patience men fantasize that women practice.

I enjoyed the film, with its lovely manicured vistas of gorgeous mountainscapes and a mountain of a man, played by Johnny Hallyday, at its moral center.