The art of going to the movies, courtesy of Laemmle Theatres 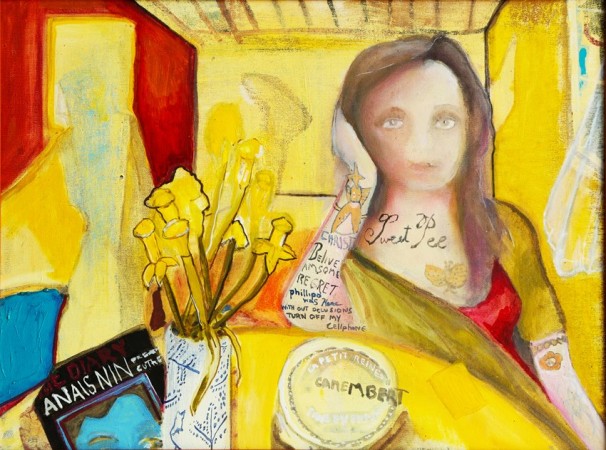 The community-minded, venerable Los Angeles art-house theater chain, Laemmle Theatres, invites us to join them this Thursday, April 24, for the opening of an art exhibit by painter Taylor Negron. The evening will include a  presentation about the artist as well as wine and cheese. Pop into a movie afterward and it sounds like a pretty good night to me! Here’s what’s playing at the Royal. 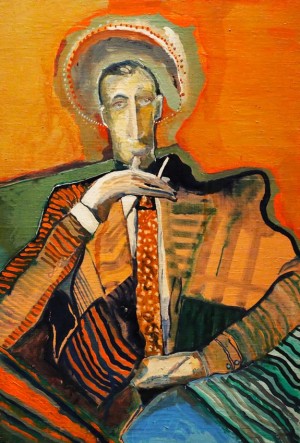 The art gallery, a nice long hallway, a kind of alley running adjacent to the recently refurbished movie theater, hosts the third such exhibit curated by arts·meme friend, the painter Joshua Elias.

Born in Glendale in 1957, Taylor Negron was raised amidst a hotbed of artistic activity in the Pasadena area in the ’60s and ’70s, including the growth of the Pasadena Art Museum headed by the great curator Walter Hopps, founder of FERRUS GALLERY. Negron was educated in Drawing and Studio Art at Art Center in Pasadena, the Academy of Fine Arts in San Francisco, and the Art Students League in NYC.

Negron’s “Snow Paintings” arose from a multi-year gestation in his New York atelier.

Negron’s work has been greatly influenced by historical icons HENRI MATISSE, JEAN EDUOARD VOUILLARD, as well as contemporary artists DON BACHARDY and DAVID HOCKNEY. Negron found his own voice through his innate understanding of comedy in all of its facets; this insight provides a unique and very human element to his subjects.

Art in the Arthouse is the brainchild of Laemmle president, Greg Laemmle whose idea it was to dedicate wall space in the movie theaters for the display of fine art. Proceeds from the sale of art benefit the activities of the Laemmle Charitable Foundation.