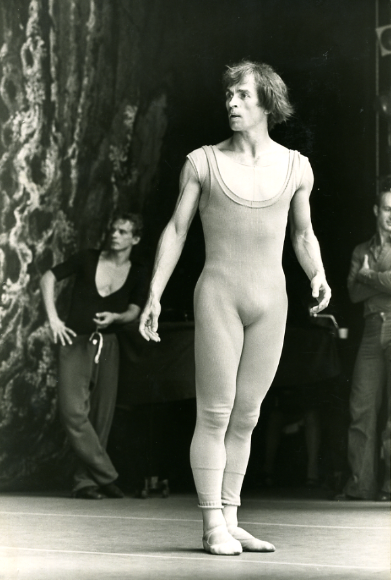 It takes a village to bring back a prince.

The peerless Nureyev performed in Los Angeles on many occasions — primarily at the Shrine Auditorium with the Royal Ballet.

Fabrice Herrault‘s rapturous and revealing documentary honors the game-changing dancer who died in 1993, twenty years ago.

Those who could not attend contributed. The marvelous rehearsal photo of Nureyev (above), taken in 1974 at the Greek Theater, was one of several historic “Rudi-in-L.A.” photos lent by Don Bradburn, the former dancer, UC Irvine dance history instructor and dance photographer. This shot will be published for the first time, among 14 others capturing L.A. performances of Natalia Makarova, Mikhail Baryshnikov, Alexander Godunov in the Institute of Modern Russian Culture’s (USC) “Experiment.” The respected academic journal whose next edition (guest editor: Lorin Johnson) is devoted to Russian influence in the Los Angeles dance world will appear in Fall 2014.

So it all fit together beautifully. Dance Camera West executive director Tonia Barber was the proud host of the New York-based Herrault who beyond his primary career as a master ballet instructor of talented children and professionals, is a devoted cinephile. In the slideshow below, we see that Fabrice managed to escape the rigors of classical ballet for a silent-movie screening at the Egyptian Theatre. 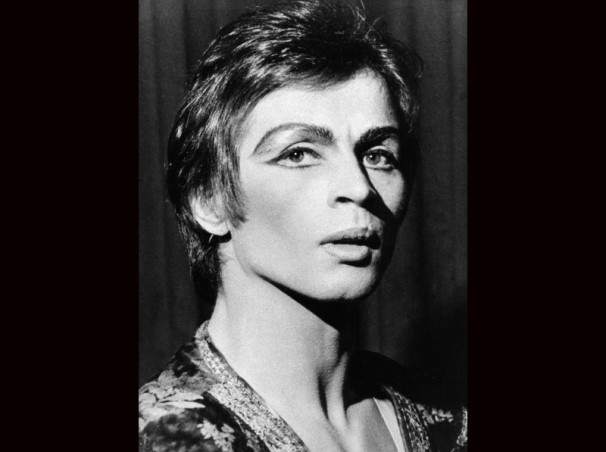