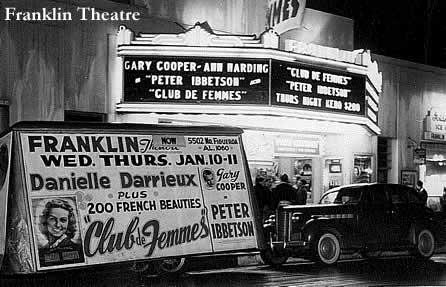 At arts·meme, we love movie theaters and none has sustained us better over the past two decades than the wonderful seven-location art-house chain Laemmle Theatres.

Over the next week, the Laemmles are celebrating a significant birthday, with great screenings and charitable donations. Two of the screenings here,

A taste of the history of this stalwart, high-performing family business here: 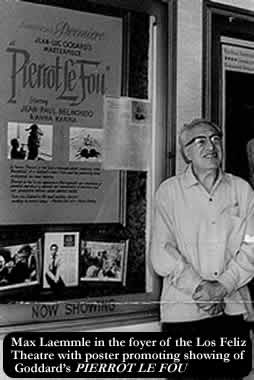 LAEMMLE THEATRES was founded in 1938 by brother Kurt and Max, born near the turn of the century in Stuttgart, Germany. By the 1930s, elder brother Max was heading up Universal Studio’s Paris office under the direction of “Uncle” Carl Laemmle, charismatic founder of Universal Studios in Los Angeles. Kurt, also under Carl’s tutelage, was already stateside, operating a theater in Lowell, Indiana.

With keen prescience Kurt wrote to Max in 1935 urging him to escape the Nazis and the looming disaster for Jews in Europe, at the same time, suggesting they start a theater business together. And though they officially started the company in 1938, it wasn’t until late March,1939, just months before war broke out in Europe, when Max gathered his wife and 3 year-old son Robert onto the deck of the S.S. AQUITANIA in Cherbourg to voyage to a new life in the United States. 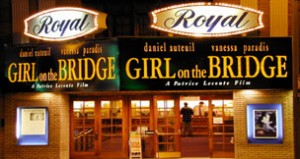 The brothers started operations with several neighborhood theaters (The Franklin and The Park) in the Highland Park and Glassel Park neighborhoods on Figueroa Blvd. just north of downtown Los Angeles. Following  initial success, the fledgling company, along with the movie business as whole, suffered setbacks in the 1950s with the advent of the television. By 1955, the Laemmles scaled back operations to just one theater, the LOS FELIZ. In the mid-1960s, with Max’s son Robert Laemmle involved and taking the reigns, the chain started a period of expansion that included locations in Santa Monica, West Hollywood, San Fernando Valley, and Pasadena. 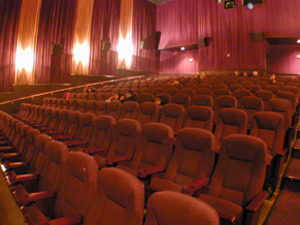 In 1964, Laemmle built the Regent Theatre on Broxton Ave. in UCLA’s adjoining Westwood Village. It was a single screen, 400-seat venue. On a “move-over” (meaning a film which had previously played at another theater), the Regent began playing Claude LeLouch’s French romance, “A Man and a Woman.”  The film had an astounding two-year run.

Known as L.A.’s premiere art-house destination, Laemmle has been associated throughout the years with curatorial acumen. This includes a unique blend of foreign film, documentaries, and American independent as well as the occasional blockbuster. Max Laemmle, in particular, was one of the first American exhibitors to value cinema as much as an art form as for its entertainment and commercial content. He uniquely recognized the great auteur cinema coming out of his Europe and Asia and took it as one of his chief missions to expose American audiences to the intelligent and sophisticated filmmaking coming from overseas. 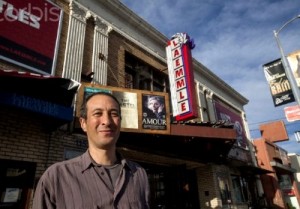 Both Max and Robert Laemmle have been awarded CHEVALIERs by the French government, a testament to their commitment to showcase the best film from around the globe. Filmmakers that have come to be associated with Laemmle over the years have include Francois TRUFFAUT, Ingmar BERGMAN, Woody ALLEN, Bernardo BERTOLUCCI, Rainer-Werner FASSBINDER, Jean-Luc GODARD, John SAYLES, Alan RUDOLPH, Pedro ALMODOVAR, and most recently, Michael HANEKE, amongst scores of others.

In 2000, at Greg Laemmle’s direction, he and his father Robert established the Laemmle Charitable Foundation in order to give back to the community that has sustained the family business over the years.  Since then, the foundation has awarded approx. $750,000 to locally based non-profits with a twin focus on social and environmental giving.