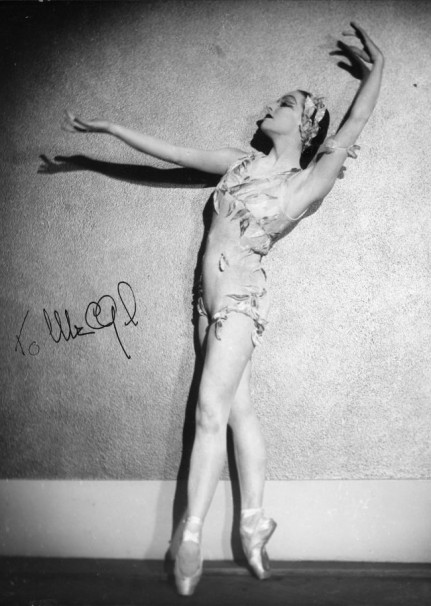 “Nana Gollner was important in her day. She was the first American ballerina to be accepted abroad, she was strong left-handed dancer, she converted choreography to the left side, she was movie-star beautiful, she captured the British ballet fans, and they adored her. But she had a sad life, she didn’t fulfill her promise, she was prominent at American Ballet Theatre, but she was haphazard about her career, and didn’t take it very seriously. In essence, she was a California girl.“

“There was a Kosloff who was sending dancers to NYC in the 1950s, they arrived in New York strong and rigorously trained; they had been required to wear metal weights on their legs to develop strength. But it may have been Kosloff’s brother Alexis who trained them.”